The severity of fires in the Amazon has prompted a global outcry. But, amid the protest, some are questioning how this compares with the rest of the world, with surprising results.

The issue has got people checking out Nasa’s maps of fires around the world. When you look at the map from Sunday, it clearly shows more fires burning in central Africa.

The data said there were 6,902 fires in Angola and 3,395 fires in neighbouring Democratic Republic of Congo, compared with just 2,127 fires in Brazil. 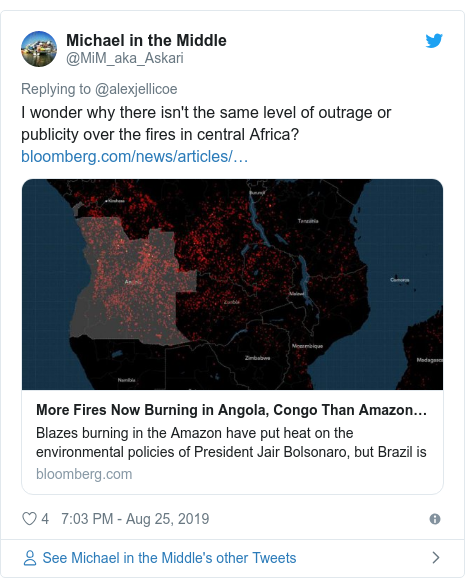 A Brazilian tweeter hit out at French President Emmanuel Macron, who described the fires in the Amazon as an “international crisis”, accusing him of ignoring blazes in Africa. 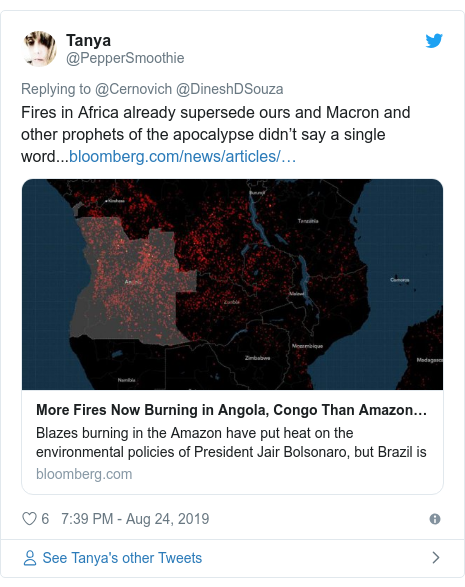 On Monday Mr Macron announced that the leaders of the G7 – Canada, France, Germany, Italy, Japan, the UK and the US – would release $22m (£18m) to help fight fires in the Amazon rainforest.

But then he drew attention to the African fires.

“The forest is also burning in sub-Saharan Africa” he tweeted.

Mr Macron added that he was “considering the possibility of launching a similar initiative” in sub-Saharan African to that announced for the Amazon. 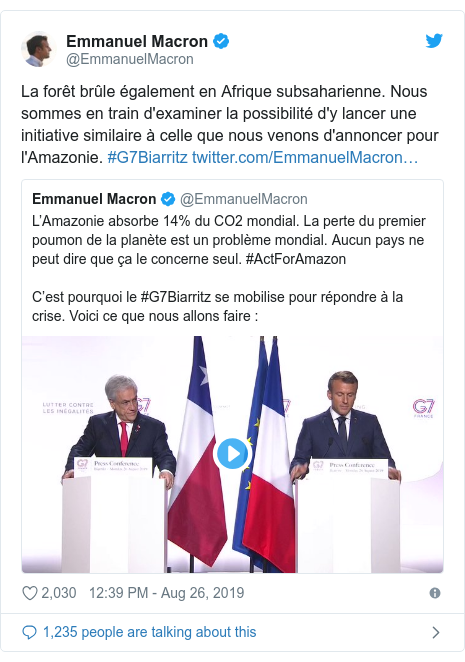 The vital bits of information the maps from Nasa do not show is whether they are grassland or forest fires and how big the fires are.

Observers point to similar fires two years ago which, Nasa said, appeared to have been started on purpose.

The suggestion is that farmers have cut down some of the vegetation and set fire to the rest in order to clear the land to plant crops.

The farming technique, known as slash and burn, is controversial as environmentalists warn it can lead to deforestation, soil erosion and a loss of biodiversity.

But it is the cheapest way to clear land, has the advantage of killing disease and the ash provides nutrients for future crops.

It happens every year ahead of the rainy season, which is expected to start in Angola and DR Congo in the next month or so. This could go some way to explaining why the fires have not attracted much attention.