Nii-Moi Addo’s eyes light up when he recalls the glory days of the Roxy, Rex and the Opera cinemas in Accra.

In a bygone time, before Ghana became synonymous with independence, cinemas were central to entertainment in the country.

Not only did Mr Addo and other old folks in the Ga Mashie community get to watch movies; they also attended concerts and shows backed by live bands.

“I worked at the Roxy Cinema, as a” Cinematographer, Mr Addo recalled. “There were days that the cinema houses would get so full that people made beelines for tickets and waited for the next slot to also have their turn.

“I used to shut my father’s shop before 9 p.m. so that I could also catch the last screen. Those days when we watched films such as Sanders of the River by Paul Ropson, Tazan by Jonny West Muller and Charlie Chaplain comedy by Laurel Hardy, have been shattered forever,” he lamented.

So where is the Roxy Cinema?

Behind the bus stop is a towering piece of Ghana’s history. This is the Roxy Cinema of Adabraka.

Stand at the gates of Roxy and it is like stepping back in time. The then standout building, with its distinct regal air which once served as a cinema for hundreds of people in Accra, has no soul on site.

If the pillars of Roxy could talk, they would be able to tell how the audience queued and crushed at the gate whenever there was a show.

But sadly, like many other cinemas in Ghana, Roxy has been difficult to maintain. 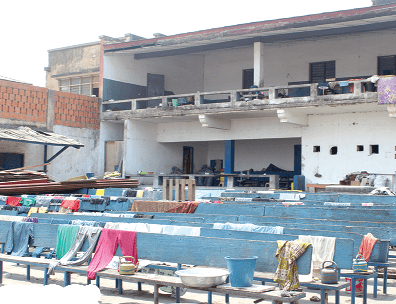 According to Mr Addo, before the insurgency against colonial rule, Ghana started building its new central business district, replete with all the institutions a capital was supposed to have.

Besides various ministries and other government buildings, a string of cinemas were built, all located in the relatively small downtown areas.

They showed major film productions from America, India and other parts of the world. These cinemas were popular from the start and continued to thrive for at least, the first few decades in which they operated.

Mention the names of Opera and Palladium in Accra Central; Orion at the Kwame Nkrumah Circle; Roxy, Royal and Globe cinemas at Adabraka; Regal on the Osu-La road, and the Rex Cinema opposite the Accra hockey pitch, among others, and the elderly speak of them in hushed tones with awe and respect.

The Rex Cinema used to attract the high class or the elite with major blockbusters. Orion and Palladium catered for the local boys with karate and action movies, while Regal was frequented by a more diverse public.

Overtime, Accra expanded and the city elite left the centre for the lush new suburbs.

At the same time, new swanky cinemas in glistening sub-urban shopping malls lured cinema-goers away from the downtown, whose cinemas fast became empty and dilapidated with many of these once famous establishments, closing their doors forever.

The cinematographer said cinema in Ghana was started by Mr Ahuma Ocansey, a Gold Coast merchant, who started building a chain of cinemas in Accra in the mid-40s and 50s, with the first one at the Bartholomew Motors around the UTC.

Then followed Palladium and the Pac Cinema at Adabraka.

He said Mr Ocansey went on to establish the Picture Dom in Bantama, Kumasi, and Mikado Cinema at Nsawam.

He said after the death of Mr Ocansey, the family leased his asset to the Captans who were Lebanese merchants in Accra and they took over the Opera and added the Obit, Oxford and the Orion cinemas.

By then, Indians were also waking up so they quickly formed a consortium and established the West Africa Picture Company with all their cinema names beginning with the letter ‘R’, hence the names Rex, Regal, Royal, Rialto and Rivoli, among others.

While television, computers, hand-held media players and the Internet have certainly impacted how we watch our movies lately, the cinema has always had a big draw for people.

However, cinema houses in Ghana have steadily gone into disrepair and certainly some have disappeared and others are being used as restaurants, offices, nightclubs and churches. 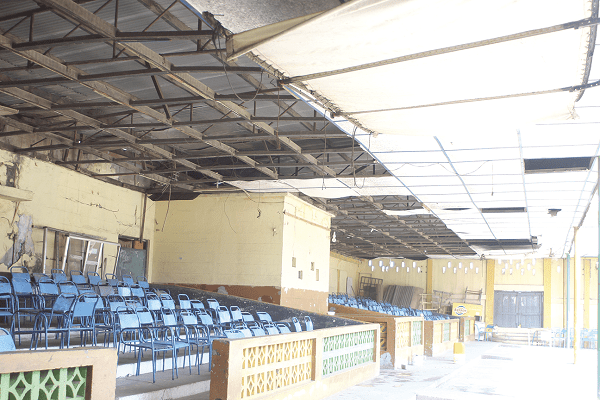 While we can place a lot of blame on modernisation of media viewing which has resulted in a glut of flat screens in every home, Mr Archibald Hadjor, a retired ship captain and film-maker, said the owners and promoters of the cinemas had to take some blame.

He recalled the sordid state of seats and persevering smells of urine in some of the cinema theatres.

He questioned: “They never did the little things that made you want to go to cinema, why suffer through all that when you could see it in the comfort of your home?”

According to him, it was the experience, the ‘event’ and going to the cinema with family and friends together to watch movies such as Jadu Maha, Summer Holiday by Cliff Richard and Ali Baba and the Forty Thieves with joy on the big silver screen that made going to cinema houses an unforgettable experience.

Mr Kow Ansah, a renowned film maker, said it was very necessary to revive the Ghanaian film industry because film-making was key to national development.

He said the government should support film-makers by putting a board in place to safeguard the industry, adding that the players have not had  guidelines and encouragement from successive governments.

According to him a Cinematography Bill was passed by Parliament in 2016 but up till date, there is no board to formulate policies that will regulate the activities of both script writers and actors, resulting in the use of unpalatable and vulgar language on screens.

“When we have to strive hard to put up stories that will encourage people to go to cinema houses apart from TV in their homes, not much has been done for the film-maker. If we make good films, all the cinema houses that have been lost to churches and restaurants will come back,” Mr Kow  Ansah said.

He said people had developed interest in Nigerian films rather than films that are being produced in Ghana, adding that Ghanaians would wish to see stories that impacted their lives but those were missing. 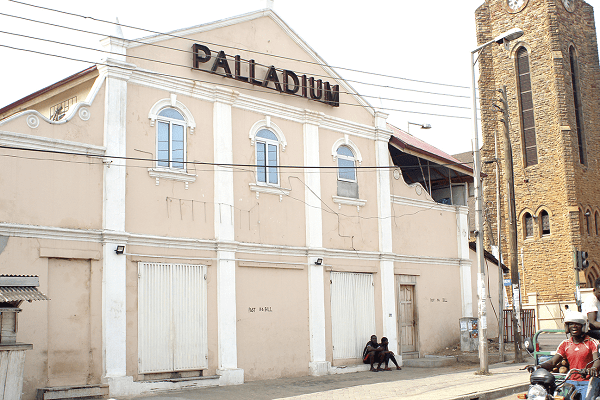 The Chief Executive Officer of SID Group of Companies, Alhaji Sidiku Buari, who is also a pioneer in video production, pointed out that the entertainment industry, for that matter the film industry, was a money making venture and a huge employment avenue for the country.

In Alhaji Buari’s opinion, digital media had taken over the space which had made it easier for people to watch films in the comfort of their homes. That notwitstanding, there were many more who wanted to go to the cinemas to watch movies and socialise, but, unfortunately, there were not many of such places.

He also said for the government to recapture the past, it would have to come up with a project to build cinema houses across all the regions, adding that people would want to go out and entertain themselves at such places but unfortunately they were non-existent.

Mr David Dontoh, a theatre manager, also advocated a community multi-purpose theatre for music, dance, and drama which will show films and rite of passage events.

He said theatres were very crucial to the development of the entertainment industry and it was a means to communicate to the masses.

“How do you run a community that has no escape using entertainment, that is why drinks sell in Ghana,” he said.

He said tax holidays should be given to the theatre  industry players for the industry to thrive and be sustained.

Back in the day experience

The cinema experience resonates well with many who are above 40 years.

Mr Jojo Sam, a Sub Editor with the Daily Graphic, recounts how patrons of the cinemas clogged the gates so much that some had to induce the ‘bouncers’ to pass over them into the auditorium through the roof.