You’re alright if you have ten bananas to give him to eat’: Italian TV pundit makes shocking racist remark about Inter Milan’s Romelu Lukaku before being banned from channel

An Italian TV pundit has been widely condemned and banned from channel TopCalcio24 after a racially-tinged comment about current Inter Milan and former Manchester United striker Romelu Lukaku.

Luciano Passirani, a guest commentator on the show, said of the striker: ‘If they go one-on-one with you you’re dead, you fall to the ground. You’re alright if you have ten bananas to give him to eat, otherwise…’.

‘Let’s not forget Lukaku cost €65m to be paid over five years… tonight he showed why we tried so hard’: Antonio Conte insists Inter got a good deal from Man United as striker scores on debut

The director of the station, Fabio Ravezzani, went on air almost immediately after the comments were made and apologised before clarifying that Passirani would not be allowed on the network ever again.

SCROLL DOWN FOR VIDEO 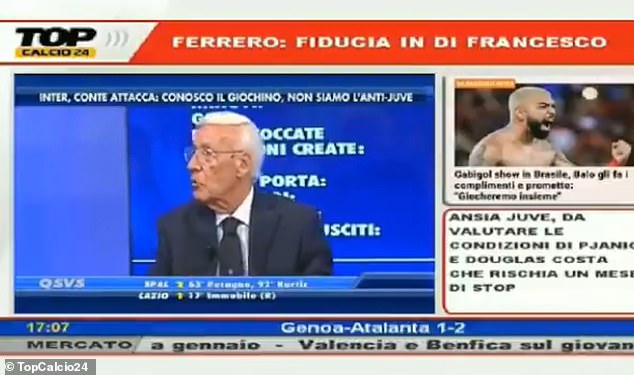 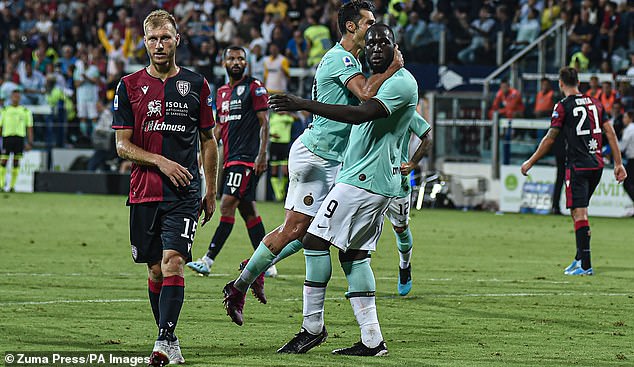 Lukaku has been at the centre of a number of racist incidents since he decided to swap Manchester United for Milan in the summer.

He scored the winning penalty in a 2-1 victory at Cagliari on September 1. As he stepped up to take the spot-kick, some Cagliari fans could be heard making monkey noises at him from behind the goal.

And now Passirani has added to the storm with his latest comments.

While appearing on the show, he said: ‘I don’t see in the Italian league a player like Lukaku in any team, not in AC Milan, Inter, Rome, Lazio. 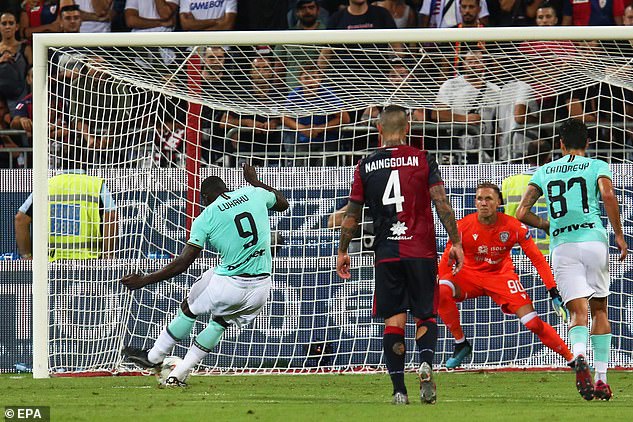 ‘These players have something more than the others, these are the guys who make the goals and drag the team.

‘If they go one-on-one with you you’re dead, you fall to the ground. You’re alright if you have ten bananas to give him to eat, otherwise…’

Passirani did apologise on air afterwards but it still led to widespread condemnation from those who watched.

Ravezzani added in a later tweet: ‘Only a part of the transmission was spread widely, cutting off the guest’s subsequent apology that he had a moment of unpredictable confusion while trying to make a joke.

‘But the gravity of the comment remains and requires equally serious measures.’

Lukaku recently commented on how football can combat racism from fans. Asked about whether players should walk off, he said: ‘Yes, I think you have to leave a statement, of course, because it’s something we need to address.’

He said that there had also been issues in England recently, adding: ‘Football is international, football is multicultural, so if you really want to field the best players in the world, you have to make sure you receive them with open arms because they’e also willing to adapt to the culture.

‘I think it’s really important not to discriminate and just appreciate the presence they bring into the country.’ 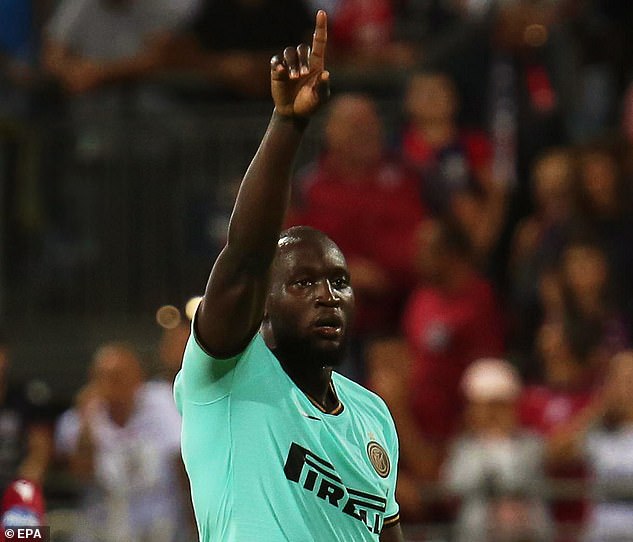 Lukaku recently seemed to suggest that players should walk off over incidents of racism .

‘Racist insults are ignorance and can only make me stronger’: Paul Pogba hits back against online trolls as Man United midfielder poses with his son in front of pictures of Martin Luther King and his late father Fassou Antoine