The chairman of the Governance Committee of the National House of Chiefs, Ogyeahoho Yaw Gyebi II of Sefwi Anhwiaso in the Western Region, is displeased with a recent press release by the House’s Chairman, Torgbe Afede.

According to Nana Gyebi II, the position expressed by the Chairman in which he called for a “no vote’ does not represent that of all the chiefs and must, therefore, should be disregarded.

A press statement released on Friday under the signatures of the President, Togbe Afede XIV and the Vice President, Daasebre Nana Kwebu Ewusi VII said, the House was against the government’s proposition for the December 17 referendum.

The statement said the House of Chiefs was concerned about the adverse effects of partisan politics on local level development if the proposition were to go through at the referendum.

Nana Ogyeahoho Gyebi II, commenting on the release on Asempa FM’s Ekosii Sen Friday said the Statement did not represent the collective view of the House of Chiefs.

He said in the Twi language that: “I am not aware of any consultation or meeting. This matter should have been referred to the Governance Committee of which I am the Chairman but it hasn’t been referred to me. If it came to the Governing Council, it would have been discussed at the planning committee but this hasn’t happened so I don’t know who and who came out with this statement on behalf of all the paramount chiefs in the country.”

To him, the two major political parties have taken a different stance on the issue therefore if care is not taken, the chiefs will be seen as involving themselves directly in party politics.

“So far as I am concerned, this is statement is coming from two individuals, not the House,” he added. 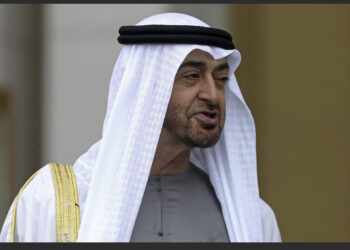 DVLA, NIC database to be integrated to eliminate uninsured vehicles