The editor-in-chief of the New Crusading Guide newspaper has advised the Auditor-General to know when and how he speaks on matters concerning his office.

Abdul Malik Kweku-Baako who said he respects “principled” Daniel Yao Domelevo, wants him to be circumspect and cautious in his utterances.

“There are times I think he goes too far in his communication and because I like him and I think he needs our support. I pray he stays focused so that nobody starts thinking we have an ‘Agitator General’ rather than Auditor-General. I say this with a lot of caution and respect to his integrity,” he said.

He told host Samson Lardy Anyenini on JoyNews’ current affairs show Saturday that people like Mr Domelevo are rare gems for the country and they need to be supported.

Earlier this month, the Auditor-General surcharged Senior Minister Yaw Osafo Maafo for $1m over an agreement with a foreign company without following due process.

He revealed on Joy FM’s Super Morning Show that the Senior Minister had 60 days to go to court to seek an order setting aside his surcharge.

This bold move has been criticised by many especially supporters of the governing New Patriotic Party (NPP).

In the Joy FM interview, Mr Domelevo disclosed that a lot of people have been trying to damage his reputation so they can cause his dismissal as people are unhappy with the work he is doing to save the national purse.

“Once you fight corruption, corruption will fight you back and it will fight you in any way that it can, justifiably or unjustifiably. I am aware of this…I think you heard that last year [2018], Daily Guide [newspaper] was at the forefront of tarnishing my reputation, even saying they are going to strip me naked.

“I still have my clothes on and I am not yet naked. It was all because of the procurement of some vehicles for the Ghana Audit Service,” he said.

Mr Domelevo is under probe by the EOCO after a private citizen petitioned the anti-graft agency alleging a breach of the Procurement Law, 2003, Act 663, in relation to the purchasing of vehicles worth almost GH¢6.2 million for the Audit Service.

But the Auditor-General in a letter to EOCO has declined to cooperate with the investigation stating that EOCO does not have the power to investigate him.

Acting Executive Director of EOCO, Frank Adu-Poku, hit back at Mr Domelevo saying he has no power to interpret laws.

Commenting on attempts to gag the Auditor-General, Mr Baako said it is time Mr Domelevo becomes circumspect about his utterances.

“I have made the point that the Office of the Special Prosecutor may tame my friend Martin and let him be focused,” he said.

Mr Baako explained that the former Attorney-General in the Atta Mills regime has been forced to speak publicly about certain issues although people would rather he keeps silent and do his work.

“The kind of environment we live in, we need people like this to get into those positions and fight it…I am for the two of them,” he said. 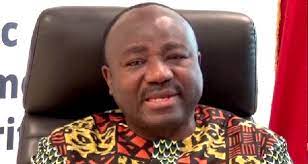 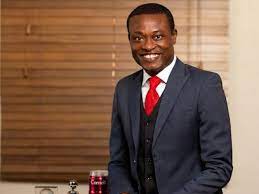 We will name, shame and prosecute the corrupt -Special Prosecutor