Black Stars: Keep the technical team until after Qatar 2022 – Akufo-Addo to GFA 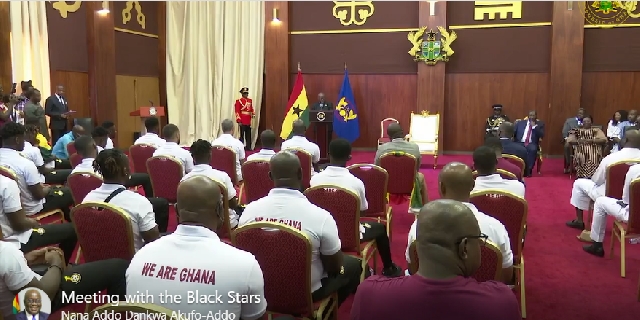 Yes, we made it – Mahama lauds Black Stars

President Nana Addo Dankwa Akufo-Addo has suggested to the Ghana Football Association (GFA) to maintain the Black Stars technical team until after the Qatar 2022 World Cup.

Impressed with the technical team’s performance in securing a World Cup qualification slot for the nation, the President believes they can help the nation reach far in the Qatar World Cup later in the year.

Addressing the Black Stars and their technical team and other officials of the GFA who called on him at the Jubilee House on Wednesday, 30 March 2022, the President said: “I’m hoping that the technical team that has been put together for these two matches will at least take us through the world cup itself…”

He called on the GFA president present “Mr Okraku, whatever you can do to make sure that the technical team stays together at least until Qatar and after that we can take the long term decisions…”

The technical team was put together for Ghana’s final world cup play offs with Nigeria and football fans are unsure if they, will accept the job to continue on permanent basis on not.

In his appreciation note to the playing body, President Akufo-Addo said: “We thank you, you’ve lifted the spirt of the nation and now we have every reason to look forward to your performance in Qatar.”

He told the players “everybody is going to be behind you and we are going to give you all the maximum support that we can, the ministry, the officials of the GFA, and all the other organisations in the state that works with sports and football…”

He announced that he had a personal special package for the players.

The Black Stars secured a World Cup spot after a 1-1 draw with Nigeria in Abuja on Tuesday, 29 March 2022 after a goalless draw at the Baba Yara stadium.

The team qualified ahead of the Super Eagles on away goal rules and will be making their fourth appearance in the Fifa World Cup.

Bruce Willis has been diagnosed with the degenerative brain condition aphasia 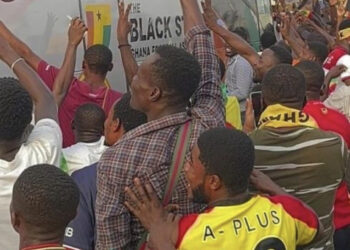