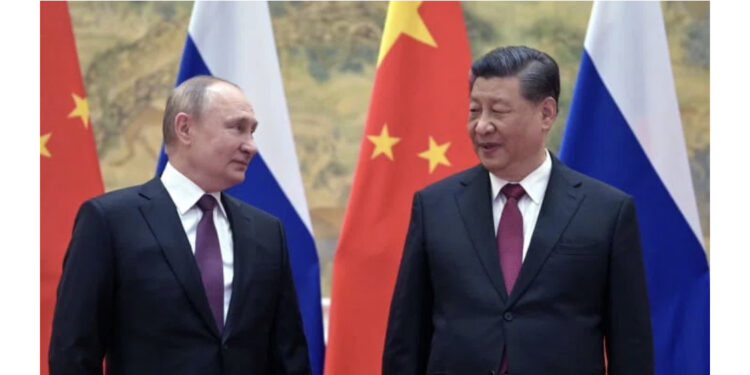 The EU is to urge China not to provide weapons to Russia in its war on Ukraine, nor give President Putin relief from Western sanctions.

China’s President Xi Jinping – who has refused to condemn Moscow’s attack on its neighbour – will hold a three-hour virtual summit with officials on Friday, including President of the European Commission Ursula von der Leyen.

At the start of February, China and Russia issued a long, joint declaration saying theirs was a relationship with “no limits”.

European leaders were worried by what they saw as a manifesto to redefine the international order.

Western officials now believe Moscow has asked Beijing for military assistance and other help to cushion the blow of sanctions.

EU sources say von der Leyen will urge President Xi to reject such Russian requests and instead use China’s might to bring the fighting to an end – arguing the damage to the global economy benefits no one.

But China’s foreign minister has praised Russia this week for, in his words, preventing a large-scale humanitarian crisis and insisted the relationship with Moscow was heading in the right direction.

Brussels officials are not expecting any significant agreement from the virtual talks but hope China will consider dissuading Putin from using weapons of mass destruction as his war grinds on.