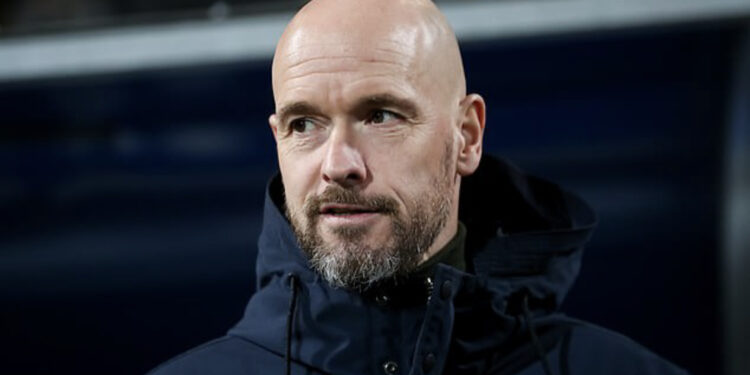 Erik ten Hag has reportedly emerged as the favourite to become Manchester United’s new permanent manager as the club prepares to conduct a second and final round of interviews.

The Ajax boss has been heavily linked to the Old Trafford vacancy in recent weeks and is one of two leading contenders to become the long-term successor to Ole Gunnar Solskjaer.

The battle for the United job has been centered around Ten Hag and Paris Saint-Germain’s Mauricio Pochettino, while Luis Enrique of Spain, Chelsea’s Thomas Tuchel and Sevilla’s Julen Lopetegui have also been named as possible options. 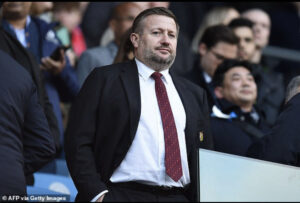 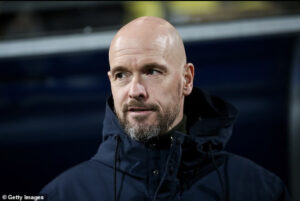 But The Telegraph report that Ten Hag has moved to the front of the queue for the role and is now the clear favourite to take over this summer.

United have been put under pressure to make a move in recent weeks amid interest in both Ten Hag and Pochettino from other clubs around Europe.

Now they are planning on carrying out one last round of interviews before naming their new manager.

Ajax did give Ten Hag permission to be interviewed by United last week and that the level of compensation required to get him out of Amsterdam – which Sportsmail understands would fall in the region of £4million – is not a problem.

Sky Sports reported this week that since interviewing Ten Hag, as revealed by Sportsmail, Old Trafford chiefs have been conducting ‘due diligence’ on the Ajax boss, including discovering the compensation requited to prise him from the Amsterdam club. 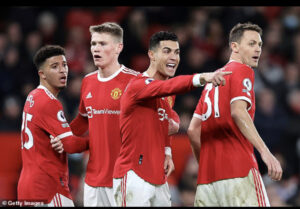 Van Gaal this week urged Ten Hag not to even consider taking the United manager’s job, warning they are more of a business than a football club.

The Dutch veteran – sacked by United hours after lifting the FA Cup in 2016 – told his fellow Dutchman to look elsewhere for his next job.

‘I’m not going to advise him but he should choose a football club, not a commercial one.’

It’s claimed the club have spoken to one other contender in recent weeks – outside of Pochettino and Ten Hag – but it is not Enrique or Lopetegui. 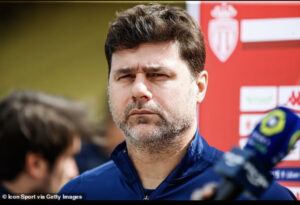 The Red Devils were urged to take advantage of Chelsea’s precarious financial situation owing to the UK government’s sanctions imposed on owner Roman Abramovich by making a move for Tuchel.

However, the German is thought to want to stay at Stamford Bridge but his job could become uncertain when Chelsea’s new owners arrive.

PSG are willing to let Pochettino go after an underwhelming spell in the French capital that saw him miss out on the Ligue 1 title last season and fail in their bid to win the Champions League this time around – even after signing Lionel Messi.

Pochettino and his staff are due to be paid up to €20million (£17m) in compensation should he be sacked by the French giants. But PSG will not expect any form of payment should United make a move for him.

PSG are holding out for Zinedine Zidane to become their new coach this summer, although there is concern he is eyeing the France national team job when Didier Deschamps departs after the Qatar World Cup. 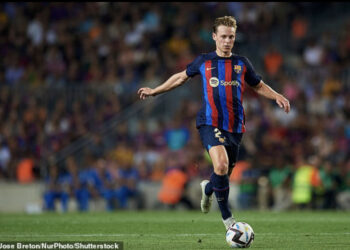 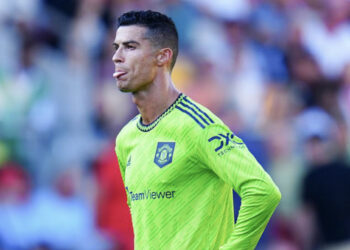 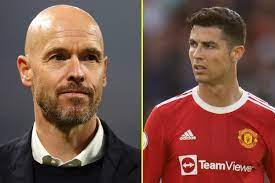