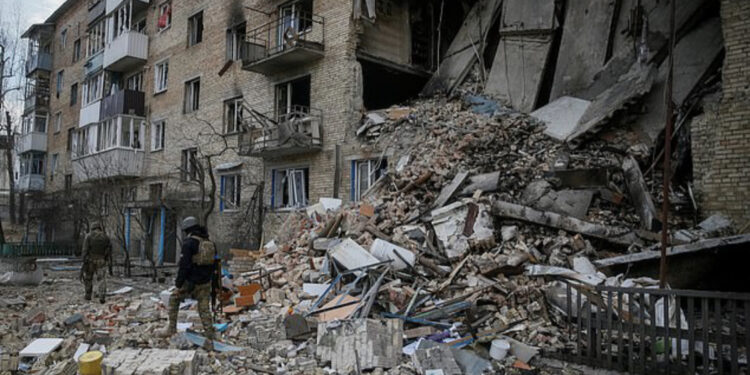 Russian forces have destroyed 15 Ukrainian airports since launching the war on Ukraine on Feb. 24, the Ukrainian Defense Ministry said Thursday.

The ministry statement said the Russian military has so far fired 1,370 missiles in Ukraine.

It noted that Russian forces have killed 148 children during shelling and airstrikes and that more than 10 million Ukrainians have fled their homes due to the war.

More than 4 million Ukrainians have also fled to other countries, according to the UN refugee agency.

The Russia-Ukraine war has been met with international outrage, with the European Union, US and UK among others implementing tough financial sanctions on Moscow.