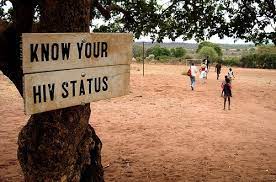 The Senior Programmes Manager at the Christian Health Association of Ghana (CHAG), Mr. Benjamin Cheabu has stated that the rise in new HIV/AIDS infections in communities is fast becoming a worrying situation for the UNAIDS and CHAG.

He called for the need for all stakeholders to come together to help fight this epidemic as men between the ages of 15 to 24 years are getting new HIV infections.

Mr. Cheabu noted that it is even more worrying because people getting infected are at their most productive age in life.

He said sex workers globally account for 28 percent of HIV/AIDS infections, gay, 14 percent, transgender women, one percent, clients of sex workers also contribute 27 percent and 28 percent for the rest of the population.

Mr. Cheabu disclosed this during a media engagement organized by CHAG Community System Strengthening held in Accra to create awareness of HIV/TB Infection.

Mr. Cheabu said the organization aims at reducing new HIV infection by 42 percent by 2023 while making sure the stigmatization reaches zero percent.

France does not face immediate risk of gas shortage-Pompili