Fuse ODG has finally gotten married to his longtime beautiful girlfriend Karen Tino Jonga from Zimbabwe The private wedding came off on Sunday in Accra and it attracted the likes of Srakodie, Majid Michel, etc Fuse ODG and Karen have been dating for the past 10 years and they have now Tie the knot.

UK-based Ghanaian singer, Fuse ODG is now off the market after getting married to his longtime girlfriend, Karen Tino Jonga. The private ceremony took place at the Oasis Gardens in Accra on Sunday, April 10, 2022.

The ceremony was attended by rapper Sarkodie, actot Majid Michel, Steff London, and other top stars. 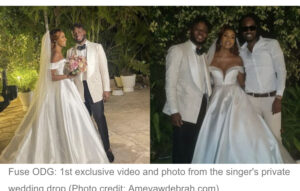 It is a black doll line for young African girls in Ghana and Africa, launched in 2019 in support of Ghana’s Year of Return campaign. Fuse ODG and Karen Tino have been dating for the past 10 years and now they have decided to become tie the knot. 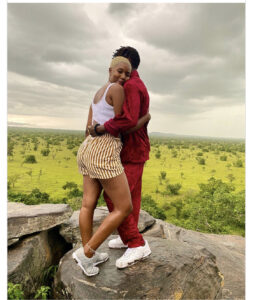