Donetsk's governor said they'd planned for buses to evacuate 6,000 women, children and elderly people. But Pavlo Kyrylenko said not many had left 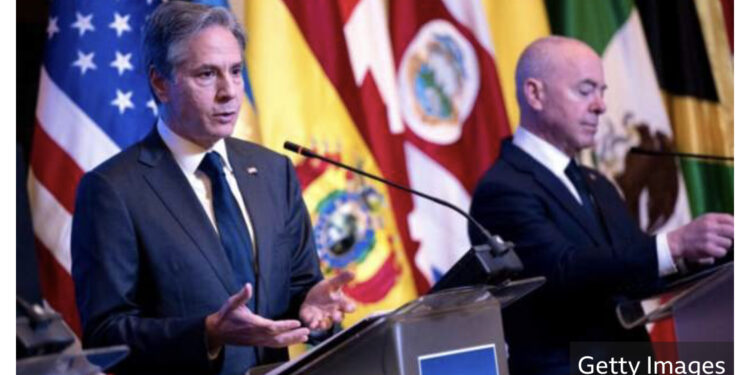 Here’s a quick catch-up of the latest news from Ukraine:

US Secretary of State Antony Blinken has called the conditions in Mariupol “truly horrific” as he called for all who can to flee the fighting through humanitarian corridors.

He said that the world witnessed weeks ago the death and destruction in Bucha once the “receding Russian tide” had lifted.

“We can only anticipate that.. this tide also, at some point, recedes from Mariupol, we are going to see far worse than what’s possible to imagine.”

He called for civilians to flee through humanitarian corridors that Ukraine has deemed safe, and called the decision to leave “very difficult” but necessary.

“What gives pause is the fact that there have been agreements on humanitarian corridors established before that have fallen apart very, very quickly, if not immediately,” Blinken said.

“Principally because the security has been violated by Russian forces. And so people leaving – believing they could do so safely and securely – were fired upon.”

He noted that the US was helping Ukraine to assess the safety of the security corridors.

Rihanna boyfriend Rapper A$AP Rocky, aka Rakim Mayers, detained at LAX airport for shooting a man on the street in 2021

US, UK and Canada walk out of G20 meeting over war in Ukraine