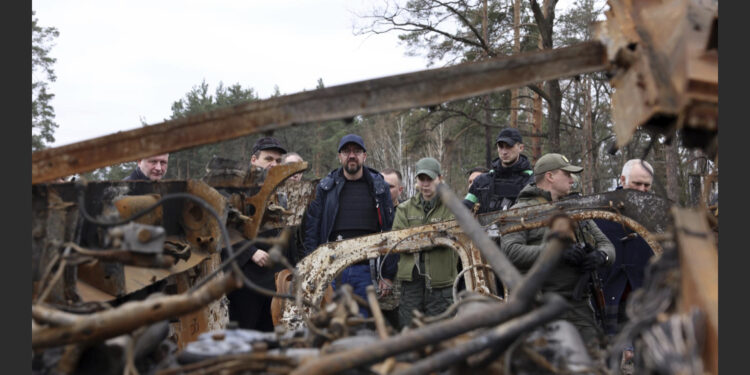 Russian President Vladimir Putin ordered his forces not to storm the last remaining Ukrainian stronghold in the besieged city of Mariupol but to block it “so that not even a fly comes through.”

Defense Minister Sergei Shoigu told Putin on Thursday that the sprawling Azovstal steel plant where Ukrainian forces were holed up was “securely blocked.” He said the rest of the city was “liberated” and Putin hailed that as a “success.”

Leaving the plant in Ukrainian hands, however, robs the Russians of the ability to declare complete victory in Mariupol. The city’s capture has both strategic and symbolic importance.