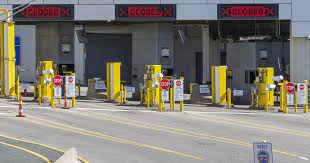 Snowy northern winters tend to see a drop in asylum seekers crossing from the United States into Canada at Roxham Road in Quebec. Not this past winter.

The increase follows the lifting of a pandemic-era order in December. Since March 2020, border police had refused entry to all asylum seekers in order to curb the spread of Covid.

“It seems to me the ministry has been caught off guard,” said Montreal lawyer Pierre-Luc Bouchard, who has 70 refugee cases after two years with almost zero new clients. “They are completely confused.”

A spokesperson for Immigration, Refugees and Citizenship Canada said that the increase was expected and said it is working to speed up applications and shorten eligibility hearing wait times.

Volunteers who come to the border bearing water bottles or mittens and who try to ensure border-crossers’ rights are respected have resumed their weekly trips to Roxham Road after suspending them during the pandemic, said Frances Ravensbergen, a coordinator for migrant advocacy group Bridges Not Borders.

Some asylum seekers “have kind of waited for the borders to reopen”, Bouchard said.

Roxham Road, north of Plattsburgh, Vermont, is not a formal border crossing, although so many asylum seekers use it that police officers are often stationed there to intercept migrants.

Some would-be refugees were waiting in the United States, others in Latin America or in Kenya until they felt they could make the trip to Canada via the United States, Bouchard said. Canadian refugee claimants come from a range of countries, including Mexico, Colombia, India and Iran.

Many keep abreast of Canada’s shifting regulations, “sometimes with some confusion”, Bouchard said.

But Bouchard thinks there is more than just Canada’s lifted border closure at play. “People are desperate,” he said.

He said the increase was also an indication that “under Joe Biden the (US) immigration policies have not really, really changed,” especially regarding gender-based refugee claims, which are seen as less likely to succeed in the United States.

US apprehensions of migrants crossing from Mexico reached a 20-year high last year, and the Biden administration has been reluctant to roll back all the measures imposed by Donald Trump.

The US government did not immediately respond to a request for comment.

A Nicaraguan asylum seeker described how he flew into the southern United States, where he was reunited with his wife and kids who had traveled separately. They flew to New York, where they boarded a bus to Plattsburgh in upstate New York and then took a taxi to the Canadian border.

Canadian police were friendly, he said. Now he and his family are living in a Montreal apartment. His kids are in school and he hopes to find work soon.

“It was a hard trip … everything is in Nicaragua,” he said. “But my mind is positive and I expect that we are going to do well here.”