Neil Parish has confirmed he will resign as an MP – admitting that he watched pornography in the House of Commons.

Parish told the BBC that the incident was a ‘moment of madness’ and that ‘he was not proud of what [he] was doing’.

He claimed in an interview with the Corporation that the first time he viewed pornography in the Chamber was accidental when he had been searching on his phone for tractors. 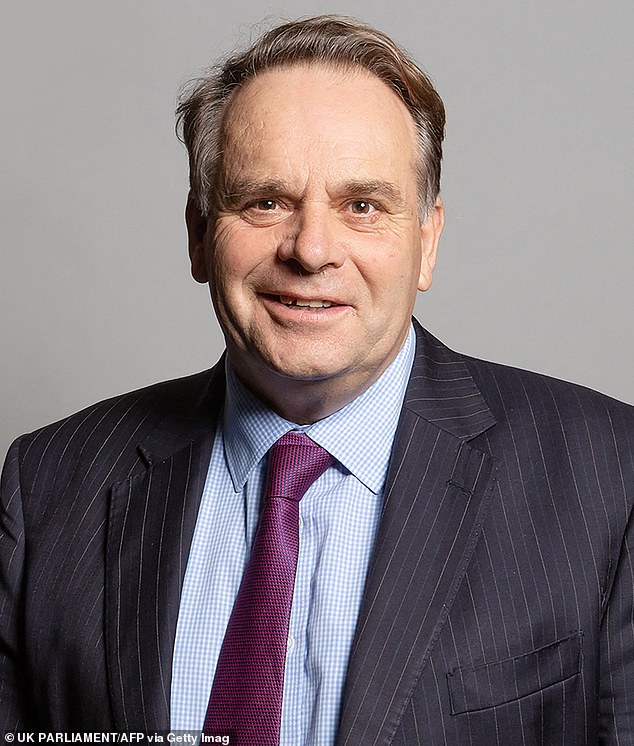 He did admit that the second time he viewed the content, that it was deliberate.

He was suspended by the Conservatives on Friday under investigation.

His resignation will trigger a by-election in the South West seat of Tiverton and Honiton in Devon.

In an interview with BBC South West, he said: ‘The situation was that – funnily enough it was tractors I was looking at.

‘I did get into another website that had a very similar name and I watched it for a bit which I shouldn’t have done.

‘But my crime – biggest crime – is that on another occasion I went in a second time.”That was deliberate… that was sitting waiting to vote on the side of the chamber.

‘What I did was absolutely wrong.’

He appeared outside his local Conservative association to make the announcement of his resignation.

He added: ‘I was wrong, I was stupid, I lost sense of mind.’

The resignation follows Parish’s wife, Sue Parish, promising to stand by her husband in an interview with the Times.

Ms Parish, said the incident was ‘very embarrassing’ but added that ‘if you were mad with every man who looked at pornography, you would not have many wives in the world.’