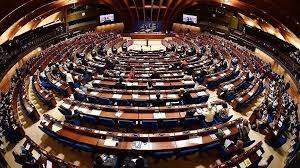 The Czech Foreign Minister Jan Lipavsky has thanked UN members for electing his country to the UN Human Rights Council, replacing Russia – which was suspended from the body in April over its invasion of Ukraine.

Mr Lipavsky expressed his gratitude at the trust placed in the Czech Republic and said his country would immediately get to work, as part of Thursday’s session on human rights abuses caused by Russia’s war in Ukraine.

The foreign minister said human rights remained a priority for both his party and the Czech government, which he said was returning to the legacy of Vaclav Havel.

“We belong on the Human Rights Council. Russia does not,” he told Czech news server Novinky.cz

The Czech Republic will serve out the remainder of Russia’s three-year term on the council.

1 in 3 people worldwide could become climate migrants by 2070: Social scientist