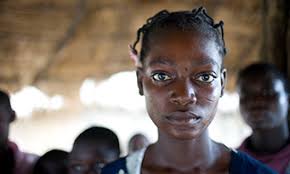 France on Tuesday marked the national day of the abolition of slavery, but non-governmental organizations see a long road of reparation ahead.

In 2006, then-President Jacques Chirac proposed May 10 as the National Day for the Remembrance of the Slave Trade, Slavery, and Their Abolition. It has been celebrated ever since, and was marked on Tuesday with a ceremony presided over by President Emmanuel Macron in Paris’ Jardin du Luxembourg.

USA: At least 10 dead in mass shooting at Buffalo Supermarket

Like many western countries, France had a long history of enslaving people, mostly from the African continent, and a colonial empire whose tentacles reached far across the globe – to Guadaloupe, Martinique, and as far away as L’Ile de la Reunion in the Indian Ocean.

Slavery was first abolished on the mainland and in the territories between 1782 and 1784, only to be brought back by Napoleon in 1803.

Slavery was then abolished again in 1848 but was hardly eradicated in total. In its place was the Native Code, a set of practices and methods of treatment throughout the nation in which certain indigenous people could be sanctioned, deported, or otherwise penalized – all because of the color of their skin. It has been compared to Apartheid in South Africa.

The Native Code was finally abolished in 1946 – the same year, it should be said, that women obtained the right to vote in France.

But the vestiges of being an “other” remain, and systemic racism is alive and well in France. Patrick Lozes, founder and president of the Representative Council of Black People in France (Le CRAN), realizes this all too well.

“In terms of fashioning a civil society, the day is a very, very important symbol, but more than this, we need concrete action. There is discrimination in work, in access to healthcare, in getting housing. The latter is a huge problem in France,” Lozes told Anadolu Agency.

Born in Benin, Lozes now lives between Normandy and Paris’ 4th arrondissement. Le CRAN has been active in France for almost two decades, fighting racism and pushing forth the effort to make reparations.

“I founded the group because all of these very important questions weren’t really talked about. I found it almost offensive to the country. I wanted to make France the place that I love, one that’s proud of its history and all of its citizens,” he said. “I also wondered, how could there not be a group like this already?”

Lozes said that when the national day of recognition was established, many of the French did not understand the reason for its existence and thought that handling racism was the responsibility of politicians. Diversity was recognized – and an awareness of the many skin colors in France – but convincing the elites that there was really an issue was difficult.

“People didn’t want to accept that we had a huge story of slavery on this soil. It has been a fight to make this country accept it,” he said.

“We want this whole story to be talked about, every side of it. We should help people learn more about what happened in the past.”

Lozes said that there is discrimination going on every day – in the workplace, in the housing market, in the healthcare sector. “Especially when someone is refused housing, it is hugely difficult, for their family, their children,” he emphasized. “We need to fight against it. Talk is not enough; we need action.”

One way Le CRAN takes direct action is by publishing data on their website and in the media.

Data collection is said to be forbidden by law in France but only if those in a survey or published matter are named. In 2007, Le CRAN made a first effort by publishing a tally of the number of Blacks living in France, and the amount of discrimination they faced.

“It was a massive shock,” Lozes said. “Almost all black people surveyed say they face discrimination nearly every day. I’m so sad to say that this country that I love so much isn’t showing the reality of what is going on.”

Ghislain Vedeux, a board member and chairperson of Le CRAN since 2014 and vice chair of European Network Against Racism for the past five years, said the real issue is to support the lives of the people who are struggling with work, police violence, and matters of everyday life.

“The situation is quite difficult here in France but there are many cases of racial violence. We don’t talk about it. Two years ago, we had the case of George Floyd, and it was in all the newspapers. But here in France each month we have cases that don’t make the newspaper.”

“If you’re Black – or even a person of color, you have an 80% chance of being chased by the police more than if you were not. Racial profiling is real in France,” he said.

What’s needed now, he emphasized, is concrete action and real legislation to fight against racism.

“‘La France is indivisible’” is the national anthem. “We are all the same. But in reality, we know that we are not,” Vedeux said.

For his part, Lozes said: “The work ahead is just massive but we will do it. The fight has just started.”