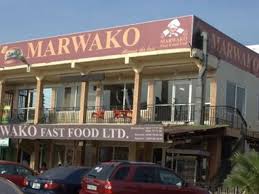 Food poisoning is becoming a major issue in Ghana, where citizens are increasingly demanding action from health officials. Various forms of food contamination have taken the lives of many and brought others to the brink of death. The experiences shared by surviving victims are not pleasant at all.

Ebenezer Appiah is aLogistics expert who lives in the capital city of Accra. She had a terrible experience with food contamination about last two and had to spend days in the hospital recovering. He ate food from Marwako.

Marwako, a fast food eatery in Accra has been trending on Twitter after several Twitter users complained of getting food poisoning after eating there.

The Twitter tirade started after a user Edward Elohim posted that the fast food service had given him and several other people food poisoning.

Meanwhile, some affected customers have hinted at filing a class action suit against the fast food service.

Marwako fast foods is yet to release a statement to address the concerns.

The problem is not only Marwako restaurant alone but many fast food joints who charge exorbitant yet the chicken are expired.

Some users are calling for the Food and Drugs Authority to take action against Marwako and all the food joints.

We also have to blame the Ghana Customs, Food and Drug Authority and the Ghana Standard Board who overlook this dangerous action and still allow them into the market.

Last year June, Shoprite shops in Accra Mall, were deceiving their customers by selling fresh local chicken, but not knowing it was imported, frozen chicken; you know what happens when products are thawed at certain temperatures. Micro-organisms start brewing in them, and they produce toxins.”

The FDA just gave them a fine as caution to the retail supermarket to desist from repeating the act and to serve as a deterrent to others.

They are back in action without regular checks from FDA.