UK sending signals to the Kremlin 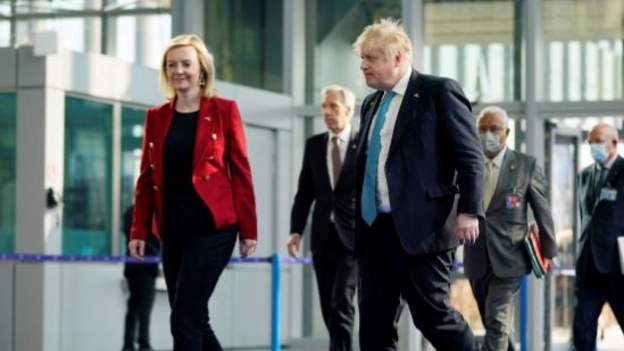 The British government says it wants Vladimir Putin’s invasion of Ukraine to be seen to fail.

But ministers rarely spell out what that means in practice. The exception is Liz Truss.

In a speech last month ,the UK’s foreign secretary said Russia should be pushed out of “the whole of Ukraine”.

On Thursday night she went further, telling G7 ministers sanctions should not be lifted until there is a complete Russian withdrawal and peace has been agreed.

She said Russian President Vladimir Putin must face a defeat that “denies him any benefit and ultimately constrains further aggression”.

Such explicit and maximalist war aims are, it’s understood, designed to send a signal to the Kremlin that it can’t expect to make any gains through acts of violence.

But some analysts fear such specific demands might one day clash with Ukraine’s, and that could make a political settlement harder.