Claims Russia has lost a third of forces extraordinary – but possible 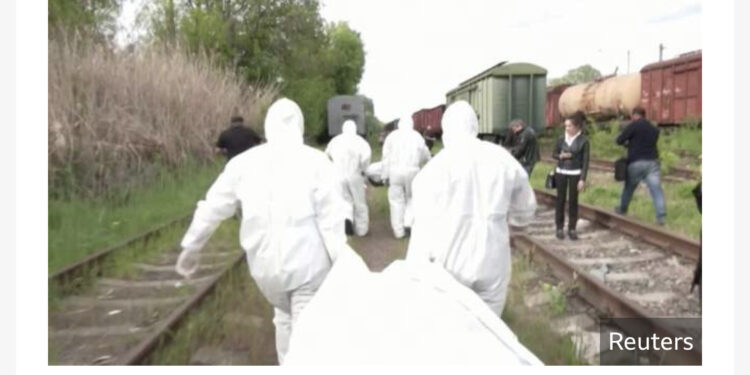 Whether on the road to Kyiv, in the villages of Kharkiv, or on the banks of the Siversky Donets river – the burned-out shells of Russian military vehicles have been some of the defining images of this war.

The claim that Moscow has lost a full third of its ground forces is an extraordinary one – but not beyond the realms of possibility.

The UK’s Ministry of Defence also claims Russia is suffering from critical shortages of bridging equipment and surveillance drones.

The MoD says these factors – combined with increasingly low morale – mean Russian advances are unlikely to accelerate over the next 30 days.

Moscow is yet to respond – but given its previous claims about the state of the conflict, it is fair to assume its assessment would be markedly different.