LEAKED messages show Russian soldiers' surprise at a chaotic attack which resulted in commanders being killed and soldiers "wandering off" in the early stages of the war. 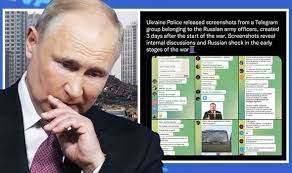 In a shameful humiliation for Putin’s army, the messages show the disorganisation that has plagued the Russian army during the war. Some soldiers were unaware they were going into battle with their commanders telling them they were on “exercises”.

“Anyone here in Kharkiv? Let me know.”

One Russian soldier responded “hold on” while another asked: “Are you the only officer?”

Other messages from the group chat show the Russian soldiers’ shock at one of their columns being “smashed”, alerting the others that their wounded had been left at the border. 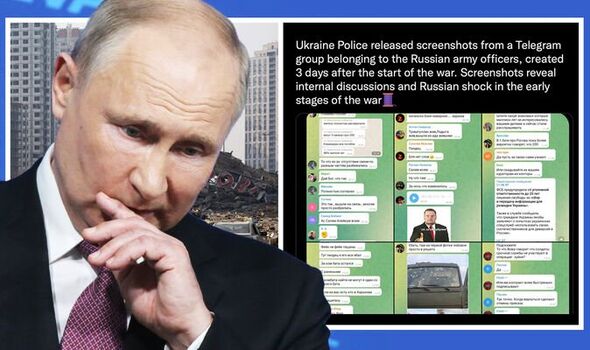 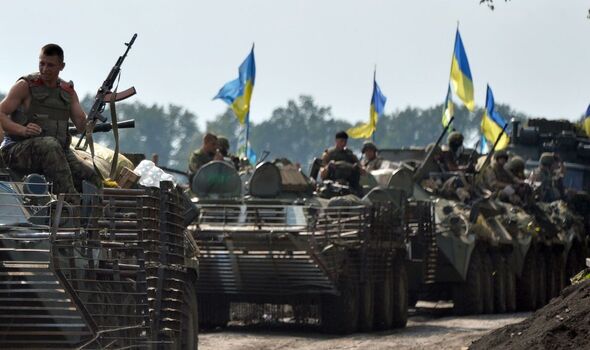 One soldier said: “What else can they do? If they haven’t even been warned? They were mostly going to exercises.”

Another soldier, however, claimed that “everyone knew everything”.

Another troop said: “Yes I was also shocked. Randomly started the attack.”

A conversation in March shows Russian soldiers reportedly trying to find their friends. One soldier claimed that the man they were looking for was taken by the secret police following a scuffle with his division commander.

The messages, leaked by Ukrainian police via Telegram and then translated and shared to Twitter by ;@mdmitri91 (Dmitri), show the low morale and chain of command problems suffered by the Russian Army.

Dmitri is an Estonian living in the UK who regularly translates messages and videos from Russian. 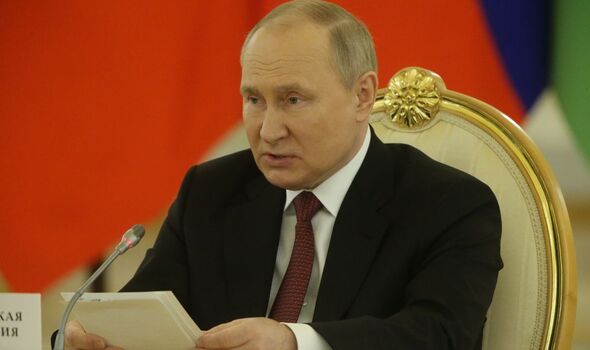 Putin is facing humiliation on all fronts. (Image: GETTY) 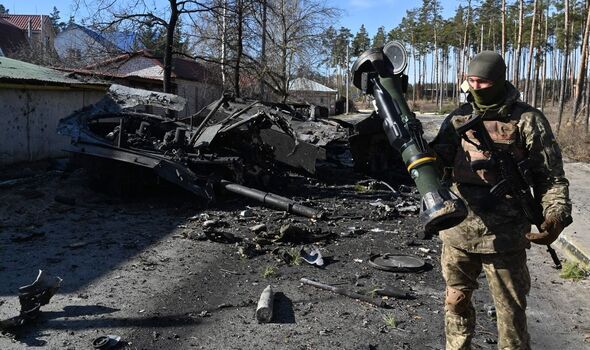 He said: “This conversation proves a number of facts and assumptions we’ve known from the start of the war – many Russians had no idea they were going to a war; they started taking immense losses from the start; scuffles and shock within the ranks continue to this day.”

Disorganisation and low morale have plagued the Russian Army since the invasion began, with videos showing soldiers running out of fuel.

There have even been reports of Russian soldiers refusing orders to fight.