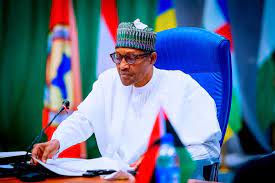 The head of Nigeria’s treasury has been arrested for alleged involvement in fraud and money laundering worth 80 billion naira ($190m), the country’s anti-graft agency said.

Ahmed Idris, Nigeria’s accountant-general, was arrested on Monday “after failing to honour invitations” to respond to the allegations, the Economic and Financial Crimes Commission (EFCC) said.

The EFCC said Idris “raked off the funds through bogus consultancies and other illegal activities using proxies, family members and close associates”.

The proceeds were invested by Idris in real estate in the capital Abuja and in his home state of Kano in northern Nigeria, it said in a statement issued late Monday.

Idris has not commented on the accusations.

President Muhammadu Buhari came to power in 2015 on a pledge to end endemic graft, but has barely made a dent in corruption on a national scale.

Under his watch, the EFCC has secured a string of high-profile convictions, including ministers, state governors, senior public servants and prominent political figures.

But last week, the president announced a pardon for two ex-governors jailed for corruption, despite public outcry.

Last year, the agency said it had recovered 714 million euros ($750m) that had been plundered from the nation’s coffers.

The government has been accused of targeting the opposition in its anti-corruption drive, an allegation it denies.