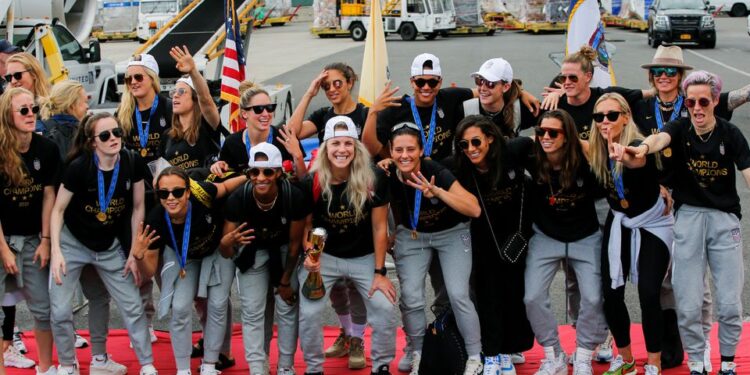 U.S soccer men’s and women’s national team players will receive equal pay and prize money, including at World Cups, after they came together to agree on landmark collective bargaining agreements (CBAs) with the U.S Soccer Federation on Wednesday.

For official competitions other than the World Cup, players of both genders will earn identical game bonuses.

U.S. Soccer becomes the first federation in the world to equalize FIFA World Cup prize money awarded to both women’s and men’s teams for participation in their respective World Cups.

“This is a truly historic moment. These agreements have changed the game forever here in the United States and have the potential to change the game around the world,” said U.S. Soccer President Cindy Parlow Cone.

The CBAs, the first of their kind, will run through 2028, covering the next two World Cups and Olympic cycles. They will also keep the players among the highest-paid national team players in the world, U.S. Soccer said.

Under the new agreement, the USMNT and USWNT will have identical performance-based bonuses for all games and competitions.

The women’s team will no longer receive guaranteed salaries and have the same pay-to-play payments as their male counterparts. 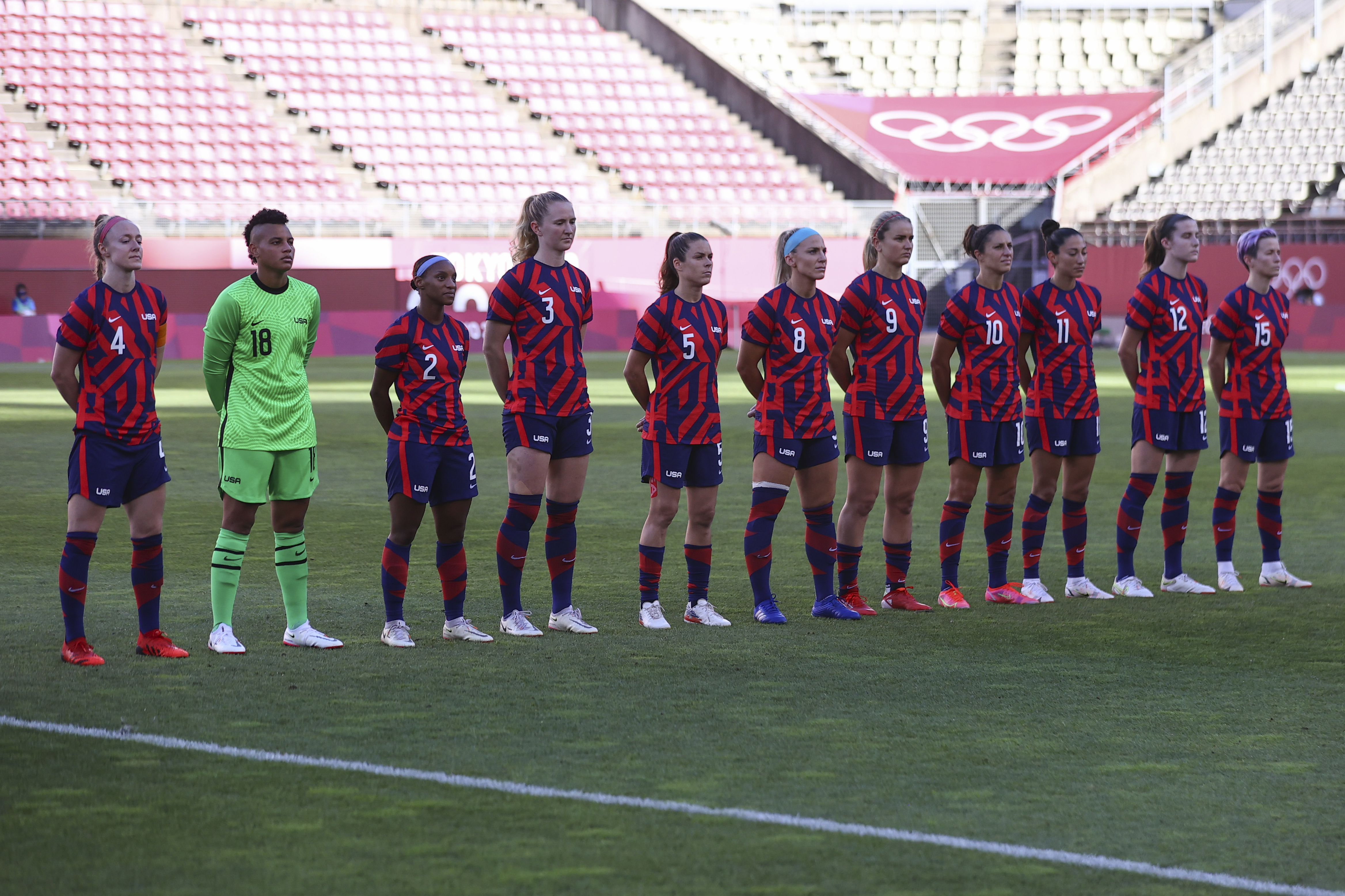 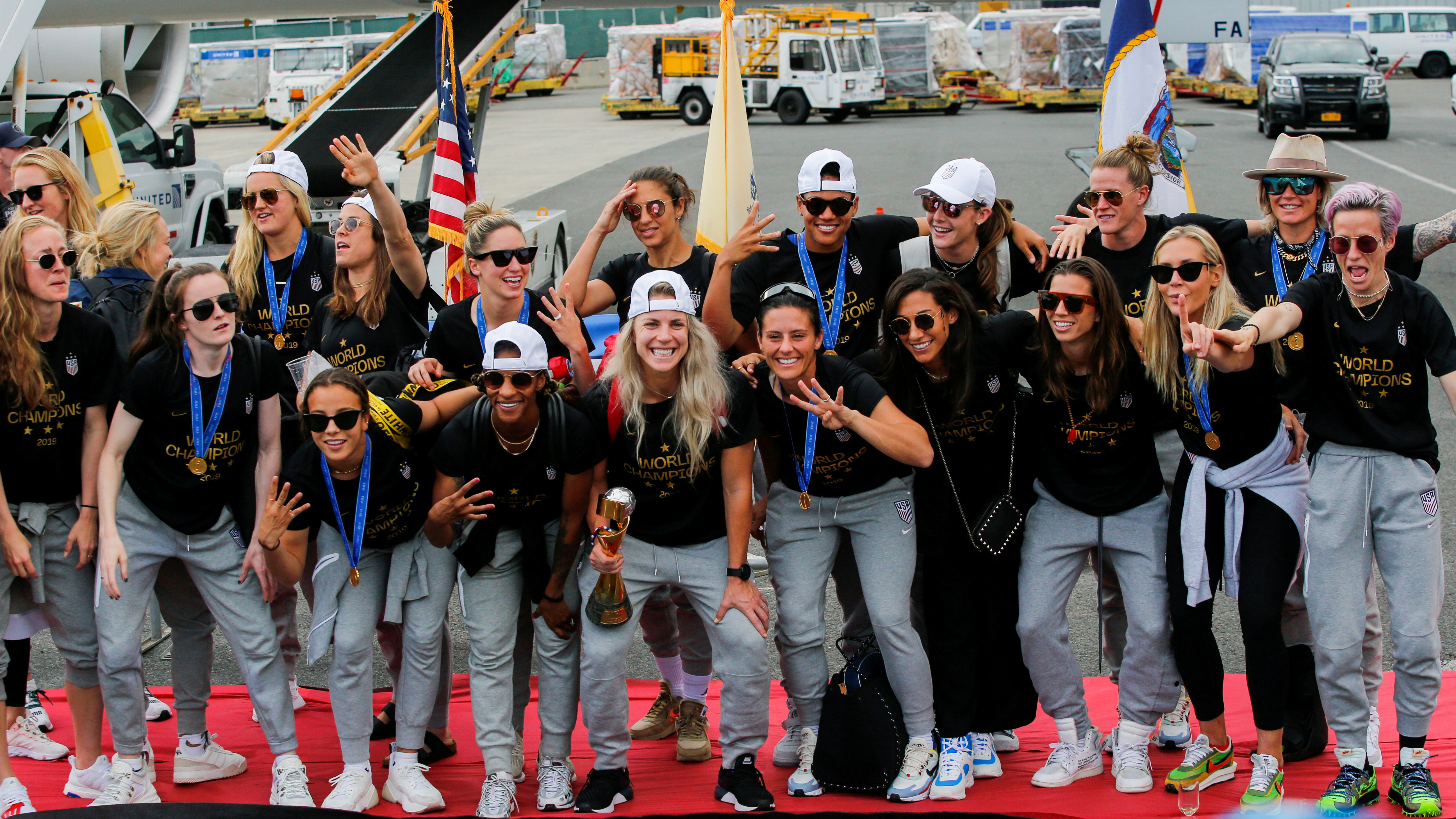 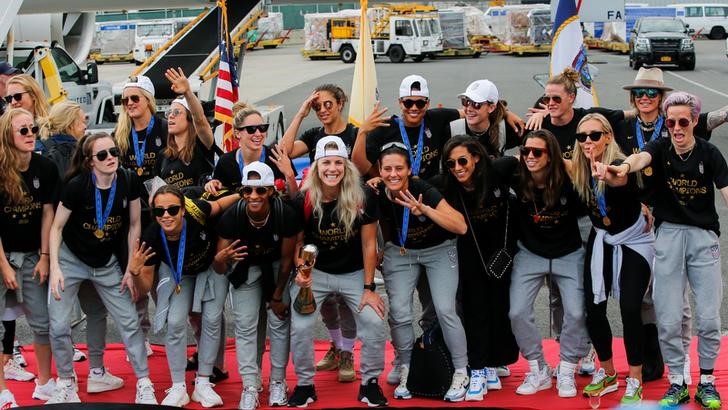 U.S. women soccer players pose for a picture with the Trophy for the FIFA Women’s World Cup while the team arrive to the Newark International Airport, in Newark, New Jersey, U.S., July 08, 2019. REUTERS/Eduardo Munoz/
Read More

In another first for U.S. Soccer and the players’ unions, U.S. Soccer will share a portion of its broadcast, partner and sponsorship revenue with a 50-50 split of that share divided equally between USWNT and USMNT.

U.S. Soccer said the new revenue-sharing framework will “provide additional encouragement for all parties to work together to grow the game”.

The agreements also improve player health and safety, data privacy and the need to balance responsibilities to both club and country, the federation said.

“The accomplishments in this CBA are a testament to the incredible efforts of WNT (women’s national team) players on and off the field,” said USWNT player and USWNT’s player association President Becky Sauerbrunn.

The agreement came three months after the USWNT and U.S. Soccer agreed to resolve a years-long dispute over equal pay.

It ended a dispute dating back to 2016 when some players filed a federal wage discrimination complaint claiming they were paid less than male players even though they generate more income for the United States Soccer Federation.

“The gains we have been able to achieve are both because of the strong foundation laid by the generations of WNT players that came before the current team and through our union’s recent collaboration with our counterparts at the USNSTPA and leadership at U.S. Soccer,” Sauerbrunn added.

The men’s World Cup is set to be played in November-December this year in Qatar, while the women’s edition will be held next year in Australia and New Zealand.

The USWNT are the most successful team in international women’s soccer, having won four World Cups, including the last one in 2019. The USMNT have never won the World Cup.