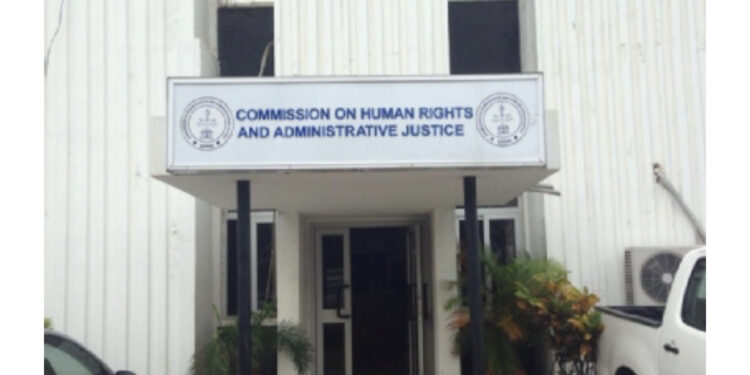 Some 14 Civil Society Organizations, CSOs, have petitioned the Commission for Human Rights and Administrative Justice (CHRAJ) to look into the degazetting and purported sale of portions of the Achimota forest.

They also want CHRAJ to expose any situation of conflict of interest and reveal any procedural flaw in the alleged allocation of lands in the forest as well as the Sakumono Ramsar site.

The news of the degazetting of portions of the Achimota Forest Reserve through the Executive Instrument 144, which took effect on 1st May, 2022, has generated a lot of controversy in the Ghanaian media with varied comments being expressed about the propriety of the action amidst the country’s state commitments to environmental protection.

Although the government says the degazetted portion, about 361 acres is being ceded to the custodial owners of the forest land, the Owoo family, environmentalists insist that the government ought to protect and preserve it due to its importance.

Days after that, the Achimota forest is back in the news after a purported will of former Forestry Commission head, Kwadwo Owusu Afriyie, also known as Sir John became public.

In the purported will, Sir John willed acres of lands he owned in his name and others he owned in the name of his companies in the Achimota forest to some relatives.

He also willed acres of land at the Sakumono Ramsar site to relatives.

Many have spoken against the development and accused the late Sir John of taking advantage of his office to amass for himself lands that ought to be protected for the state.

The Lands Commission has already said that it has no records to show that Sir John owns lands in the Achimota Forest, but the Ministry for Lands and Natural Resources has said while the purported will is a subject of litigation in court, it is revoking any authority of the said Achimota forest and Sakumono Ramsar site lands to any private individual.

The 14 CSOs believe CHRAJ is in a better position to investigate the entire issue and make definite pronouncements on the propriety of different actions surrounding the controversial matter.

“Ghana’s Forest Reserves should be protected in perpetuity for the purposes for which they were gazetted. Loss of any amount of Forest Reserve or other protected area, no matter how small, should never be allowed. The de-gazetting of some of the Achimota Forest sets a very bad precedent for Ghana’s other protected areas. The reversal of these transactions on the bases of conflict of interest will send a strong message to other public officers who might be tempted in future to use their position to grab state property,” the CSO said.