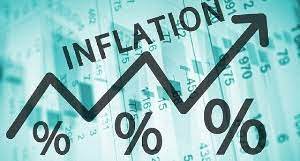 According to the central bank, the country’s debt stock stood at US$ 55.1 billion as of March 2022.

Even though it dropped by $3 billion in the first quarter of 2022 from $58.4 billion in January to $55.1 billion in March, it increased in cedi terms due to the depreciation of the currency.

The cedi increment was GH¢ 40 billion.

The increase in the debt stock in cedis increases Ghana’s debt to Gross Domestic Product (GDP) ratio to 78%.

The external component of the debt, increased significantly by about GH¢ 32 billion in the first 3 months of 2022, from GH¢169.8 billion in January to GH¢201.9 billion in March.