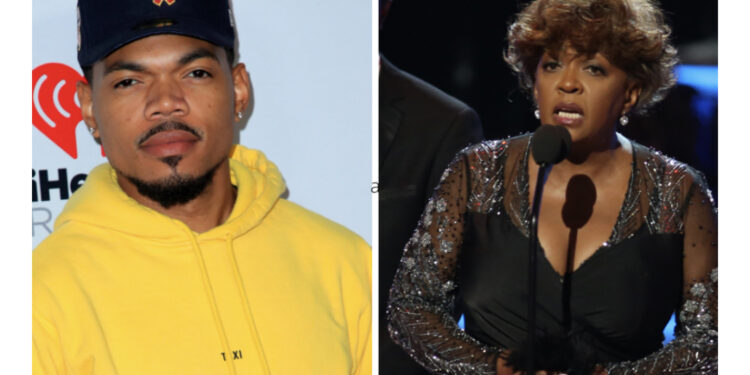 Anita Baker announced she regained control of her master recordings last year and thanked the rapper in person at a recent show.

Anita Baker owns her masters, and according to the legendary soul singer, it’s all thanks to Chance The Rapper, who helped her acquire them.

Chance The Rapper was in the audience at a recent show when Anita Baker called him up onstage to thank him.

“You should say hello to a friend of mine by way of the music industry and by way of helping me, helping me to get a hold and ownership of my master recordings,” Anita Baker said in footage circulating online. Chance then stood up and thanked the cheering audience for their praise.

He later retweeted the video of Anita Baker thanking him and celebrated the singer and her incredible show.

“I saw one of THE greatest performances of my LIFETIME last night,” Chance wrote. “Thank you so much @IAMANITABAKER for being an inspiration and an icon to so many of US.”

Then, in response, Anita revealed her surprise that Chance was at her show. “Had no idea you would be in our Midst. Such a nice Surprise. Brought Tears, to my eyes,” she admitted. “Hope Ms. Essence enjoyed her Birthday ABXO.”

However, their exchange continued with Chance thanking Anita Baker for her personal touch in remembering his friend. “WOW the fact that you remembered my friends name AND that it was her birthday just echoes what an INCREDIBLE PERSON you are on top of all that you’ve given artistically. Honored and blessed to call you friend miss @IAMANITABAKER.”