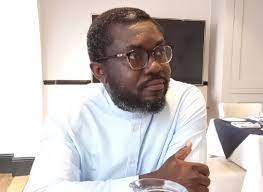 Convenor for Fix the Country campaigners, Oliver Baker-Vormawor is questioning the Inspector General of Police’s motive for taking on the British High Commissioner over comments regarding his [Oliver] arrest for a road traffic infraction.

He believes the High Commissioner, Harriet Thompson, is being hounded without a basis.

The IGP, Dr. Akuffo-Dampare had told the diplomat to mind her own business when it comes to matters of Ghana’s security and policing.

This was after the British diplomat commented on Oliver’s arrest for careless and inconsiderate driving and non-observance of road markings at the East Legon tunnel in Accra.

But Oliver, who believes the IGP’s reaction was because of his [Oliver] involvement in the matter said, the police chief’s letter on the development was “disrespectful, undiplomatic and even displays immaturity.”

“One of the things I am actually surprised about is that the IGP has taken upon himself, the role of the spokesperson for Ghana’s diplomacy.”

“All British High Commissioners have spoken about insecurity in this country—it’s not new. The only factor is that, Oliver Barker-Vormawor has been mentioned in this connection”, he said on Eyewitness News.

Oliver, who is also facing charges of treason felony, wants the police administration to rather channel its energies into fast-tracking his case rather than descending into trivialities.

“I am exhausted and frustrated that, I have not been given a chance to prove my innocence in the court. I am being denied a fair trial. Instead, the IGP is in the public and media, conducting a public lynch. Because of a road traffic offense, you write a whole thesis on how I want to overthrow the government?”

Meanwhile, Ghana’s Foreign Affairs Ministry said it has taken notice of the row and has taken steps to intervene.

“In line with the general diplomatic practice of communicating with diplomatic Missions, preferably through direct engagement, the Ministry wishes to remain circumspect on its pronouncements on the matter. We have therefore initiated contact with both the British High Commissioner and Inspector-General of Police (IGP) to resolve the issue at stake”, the Ministry said in a release.
source:citinews