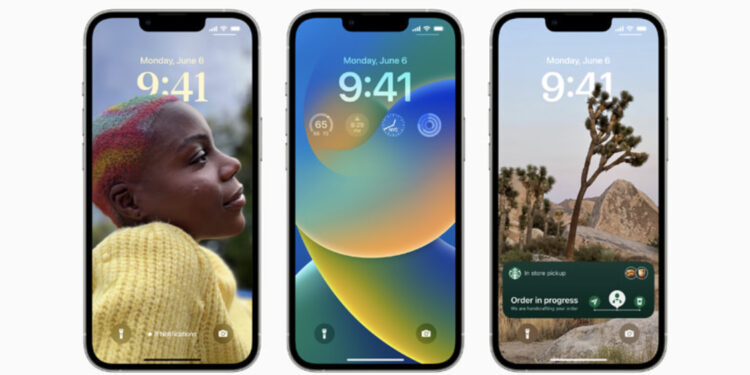 Apple has announced iOS 16 at its unveiling event on Monday, featuring a redesigned lock screen and the ability to unsend messages.

iOS 16 includes ‘the biggest update ever’ to the lock screen, which makes it easier to change lockscreen background photos and the colour and design of display fonts.

Users can customize the lock screen by pressing and holding to bring up a selection of widgets, each showing a different photo, and swiping to the one they fancy.

The new software update has been announced by Apple’s software chief Craig Federighi during Worldwide Developer Conference on Monday.

Following beta testing throughout the summer, iOS is set to be released this autumn, around the time iPhone 14 is expected to be released. 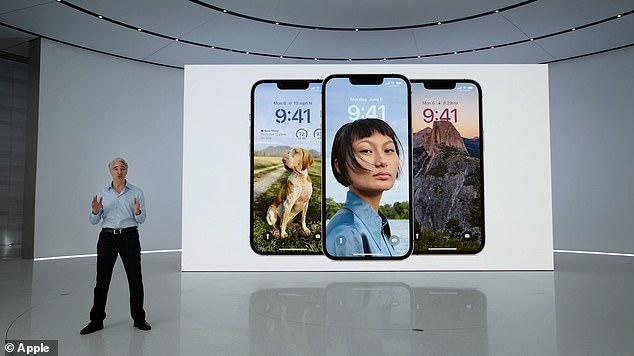 – Ability to edit and unsend messages in Messages app

– Live Text updated to include video

Federighi said iOS is the ‘biggest update ever to lockscreen, completely reimagining how it works’.

‘iOS 16 is a big release with updates that will change the way you experience iPhone,’ he said.

‘We have reimagined how the Lock Screen looks and works with exciting new features that make it more personal and helpful.’

With the new lockscreen, notifications have been moved to the bottom of the screen, meaning they no longer cover the entirety of the display.

They also now roll in from the bottom of the lock screen, and iPhone users can choose to hide them and look at them later.

Information displayed on the lockscreen, such as time and date, also appear behind the subject in a photo rather than in front – meaning display info won’t obscure the beloved lockscreen photo of your family member.

Apple says: ‘Subjects of photos are artfully set in front of the time on the Lock Screen, creating a sense of depth.

‘Users can also change the look of the date and time with expressive type styles and colour choices.’

A new lockscreen gallery also features a range of wallpaper options, such as a Pride-themed rainbow background. 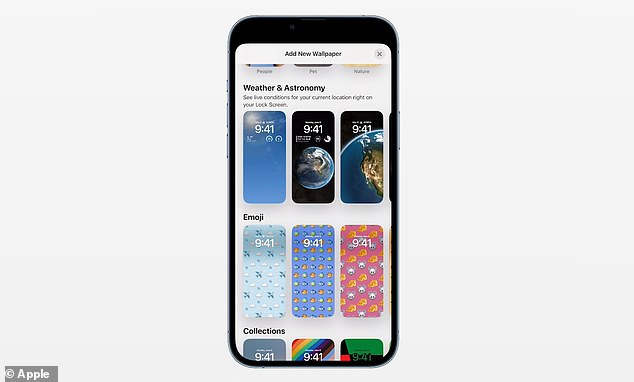 Users can customize the lock screen by pressing and holding to bring up a selection of widgets, each showing a different photo, and swiping the one they fancy. This includes a selection of wallpapers, including a Pride-themed rainbow background 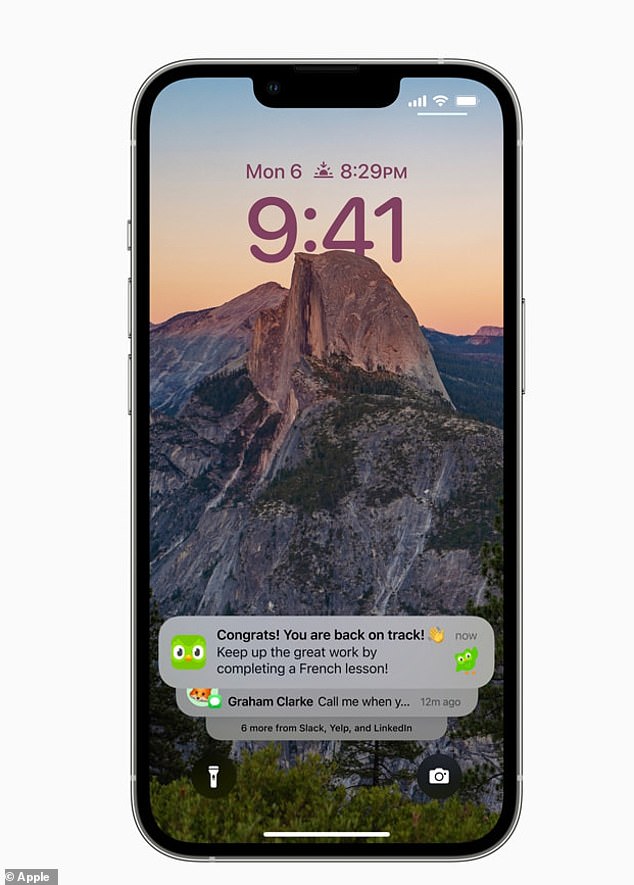 Notifications will roll in from the bottom of the lock screen, and iPhone users can choose to hide them and look at them later

‘But they will be widely welcomed by iPhone owners overloaded with notifications and wanting more info at a glance.

‘The Lock Screen tools Apple had unveiled for developers will lead to a flurry of app-related widgets appearing in the next 12 months.’

Users will be able to edit typos out of sent messages, recall messages sent by mistake, and mark a message thread as unread to can come back to it later.

Users will be able to edit typos out of sent messages, recall messages sent by mistake, and mark a message thread as unread to can come back to it later

‘Apple is determined to ensure iMessage remains competitive with WhatsApp and other messaging apps,’ said Wood.

‘The addition of “edit” and “undo send” underline this and will be welcome additions.’

Rumours that the company would be releasing Apple Pay Later date back to reports last year, although Apple wouldn’t confirm at the time. 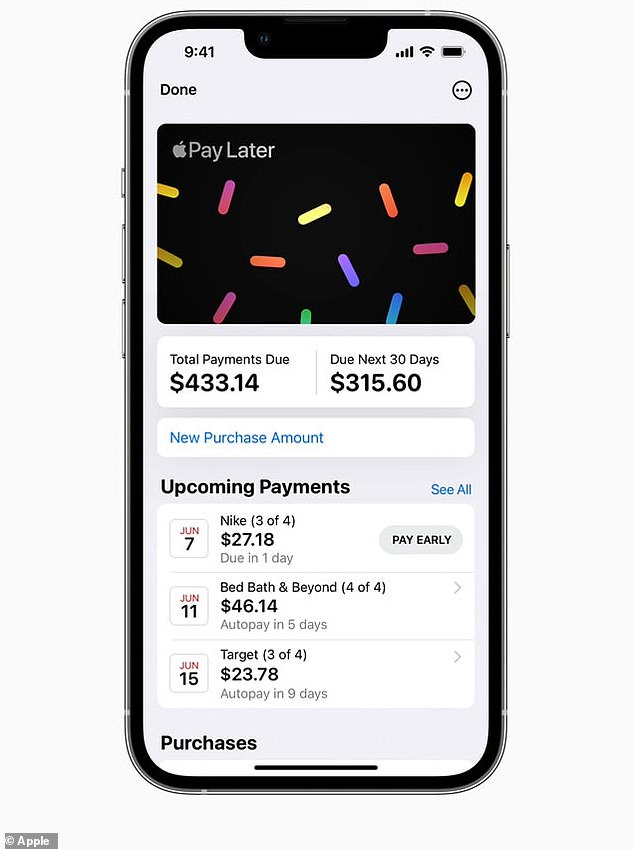 But critics have suggested it just gets users into debt and encourages them to buy products they can’t actually afford.

This year’s Worldwide Developer Conference (WWDC) is taking place in person for the first time in three years.

Since 2020, the Covid pandemic turned WWDC into an online-only event, solely streamed by people across the world remotely.

iPhone 15 could come with a new charging cable

Back in 2012, Apple caused mass hysteria amongst iPhone owners as it switched the original 30-pin charging port to its current Lightning port.

Now, a reliable leaker claims that Apple may be preparing to change the charging point for a second time.

Analyst Ming-Chi Kuo claims that Apple will finally ditch the Lightning port for USB-C in its 2023 iPhone, rumoured to be called the iPhone 15.

The leak comes shortly after the EU unveiled plans to force all new smartphones – including iPhones – to use USB-C as standard.

Apple has previously pushed back against calls to switch to USB-C, amid claims it would produce an ‘unprecedented volume of electronic waste’ and stifle innovation.