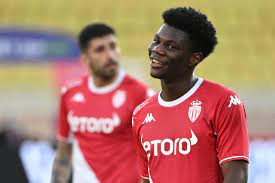 Real Madrid have agreed a €100m (£85.3m) deal to sign the defensive midfielder Aurelién Tchouaméni from Monaco. The European champions are to pay a guaranteed €80m for the 22-year-old with the rest in add-ons.

Liverpool and Paris Saint-Germain are among other teams who pursued the France international. Jürgen Klopp called Tchouaméni in the hope of convincing him to move to Anfield but the player was interested only in Madrid. PSG walked away from negotiations last Friday on that basis, having been ready to pay the highest fee with a guaranteed €100m.

Madrid made a breakthrough in talks with Monaco on Monday night and have agreed a contract with Tchouaméni to 2027. That has been in place since just before the Champions League final.

Tchouaméni, who played for Bordeaux before joining Monaco in January 2020 for about £16m, is the latest player bought by Madrid to freshen a brilliant but ageing midfield. The defensive midfielder Casemiro is 30, Luka Modric 36 and Toni Kroos 32. Tchouaméni joins his 19-year-old France colleague Eduardo Camavinga at the Bernabéu. Confirmation of a new one-year deal for Modric is scheduled to be announced on Wednesday.

Monaco’s sale of Tchouaméni comes four years after they received €180m for Kylian Mbappé from PSG. They have also sold Thomas Lemar, Fabinho, Youri Tielemans, Bernardo Silva and Benjamin Mendy in deals each worth €45m or more since 2017.