10% Of Public Sector Workers Must Be Sacked – Kusi Boafo 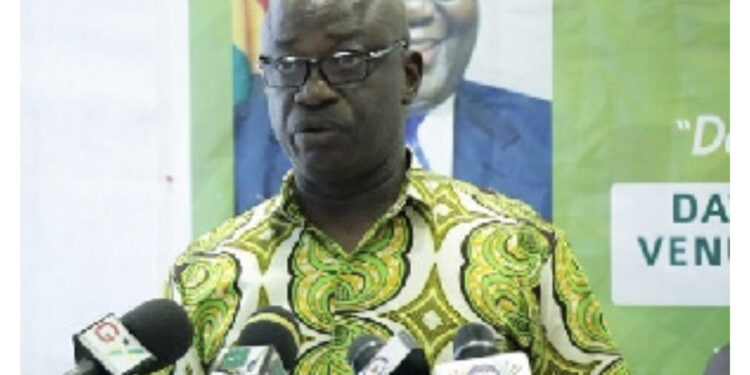 His comment comes at the back of the recent statement made by Government Statistician, Professor Samuel Kobina Annim on the renewal or termination of contracts of public sector workers based on performance.

Speaking on the above on Movement In The Morning Political Show, Mr. Boafo said “a public sector worker is someone who facilitates government work but the truth is some of them are not meeting standards”.

According to him “There are some people who are sacrificing because they are not paid that much, others too do not have the necessary tools and equipment they need to work and in other circumstances supervision is low’’.

“In the educational sector, for instance, some teachers in the public schools enroll their children in private schools because it is believed that they are better than the former. It tells you that they do not believe in their capacity but this should not be the case.

“For me, 10% of the public sector workers should be sacked. Some of them are ill and they don’t have the energy to do the job yet they are still occupying very important positions. Others are doing the job as they please, If they were to be in the private sector they would have been sacked by now’’.

He, however, indicated that government is not happy about the current state of some of the sectors yet he is unable to terminate contracts of some unproductive workers because people will end up politicking and blaming the government for taking their jobs away from them.

‘’Instead of facilitating the jobs, they look for their interest and some take money from clients before they render the service or do what they are required to do. We should have taken advantage of the Covid-19 pandemic and laid some off but President had too much pity and the nature of our politics makes it difficult to take hard decisions and that is causing economic harm to the country’’, he said.

Additionally, Mr. Kusi Boafo said a good few are committed to their jobs and sacrifice tremendously for the sector.

He suggested that the heads of the various government organizations must focus on building capacity and mindset change, revealing some employees are against the digitization agenda because they no longer have the opportunity to dupe people.

”The caliber of people we need at the public sector we don’t have yet, and ones we have, some do not have the mindset of a public sector worker”, he stated.

Transport hikes push inflation to 27.6% in May