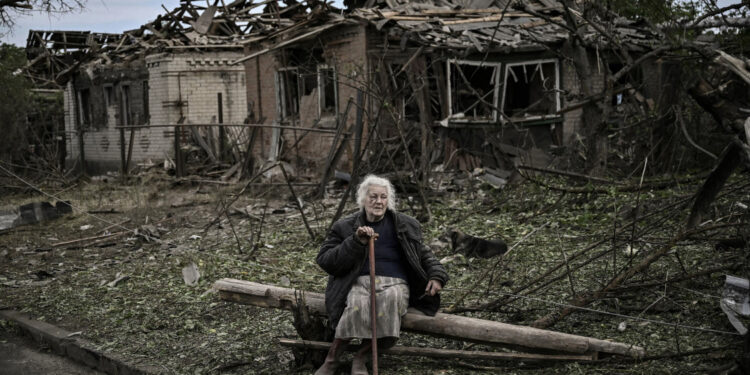 Here are some of the latest developments:

Kyiv said it had launched new airstrikes in the captured southern region of Kherson, while “very difficult battles” were ongoing, including in the eastern Donbas region and especially around the eastern industrial city of Sievierodonetsk.

The UK Ministry of Defence said “intense street-to-street fighting is ongoing” around Sievierodonetsk but that Russian forces have not made advances into the south of the city. Both sides are likely suffering high numbers of casualties, the UK MoD warned.

Ukraine’s deputy head of military intelligence told the Guardian on Friday that Ukraine is losing against Russia on the frontlines and is now reliant almost solely on weapons from the west. “This is an artillery war now… and we are losing in terms of artillery,” said Vadym Skibitsky.

The mayor of Mariupol, reduced to ruins by a Russian siege, said there is an outbreak of dysentery and cholera, and that some wells had been contaminated by corpses. Vadym Boichenko warned of thousands more casualties and called for a humanitarian corridor to allow remaining residents to leave the city, which is now under Russian control.

France was ready to assist in an operation to allow safe access to Ukraine’s Black Sea port of Odesa, according to an adviser to the French president, Emmanuel Macron. The port is under a de facto blockade by Russia, with grain waiting to be shipped. Russia’s invasion of Ukraine has sparked warnings of a global food crisis.

The world’s chemical weapons watchdog said Friday it was keeping a close eye on Ukraine to monitor “threats of use of toxic chemicals as weapons”.

Tiger Woods ‘is now a BILLIONAIRE’ estimated fortune of $1.7billion