Islamic SHS chaos: It’s Not Proper For Both Parliament And The Police To Probe Brutalities At The Same Time – Annoh-Dompreh 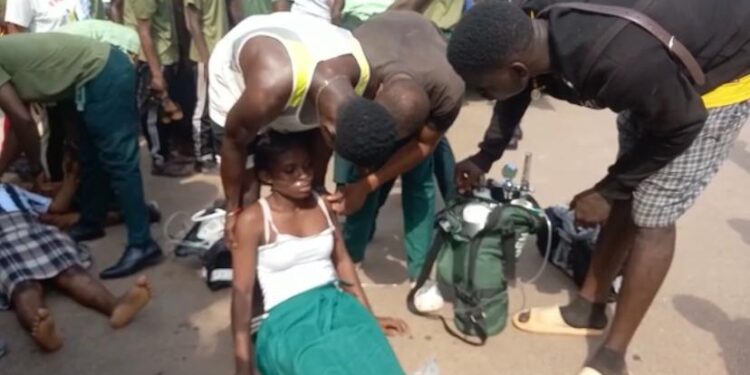 The Majority Chief Whip Frank Annoh-Dompreh, says Parliament and the Ghana Police Service can both not at the same time conduct investigation into the alleged police brutalities meted out to some students of the Islamic Senior High School in Kumasi on Monday, June 13, 2022.

He revealed that such parallel probes by two public institutions does not hold anywhere in this world.

He advised that either Parliament waits so the Ghana Police Service concludes its investigations before the former steps in to conduct theirs.

“Mr. Speaker, I know the IGP has issued some orders – that investigation is conducted into this matter. I don’t think Parliament should at the same time begin another investigation. For two public institutions to concurrently conduct investigations into the same matter is a matter that is worrying”, he advised.

“Parliament should wait for the Police to conclude their investigations into the matter”, he added

The legislator’s call is a result of overtures from the MP for Asawase who also doubles as the Minority Chief Whip, Mohammed Mubarak Muntaka, calling on  the House to charge the Defense and Interior Committee to look into the demonstration by some students of the school during which more than 30 students are reported to have sustained various degrees of injuries as a result of alleged police attacks.

Earlier on Tuesday, June 14, 2022, Hon. Muntaka said prevailed on the House to conduct an investigation into the alleged brutalities by the Police on the students after painting a concise picture as regards what really happened at the school premises last Monday.

“Mr. Speaker, last week Friday, 10th of June 2022, one of the teachers of the school by name Madam Francisca was driving out of the school and an over speeding vehicle hit her vehicle into a ditch. She was rushed to the Komfo Anokye Teaching Hospital. Unfortunately on Monday, there were rumors for the students to believe that Madam Francisca was dead, and therefore in the morning, instead of the students going to school, they decided to converge in front of the school to register their displeasure about the lack of speed ramps the school has complained about severally and road signs to get speeding vehicles to slow down”.

“Fortunately, the teachers and the Headmaster, and some police officers managed to get all these students back into the campus and even locked the school gate. Unfortunately, another batch of police officers came. When they came and got down, according to firsthand information from the school authority, they broke through the school gate, entered the school campus, and while the Headmaster was drawing their attention to fact that the situation was under control, they started firing tear gas and live ammunition. They chased some of the students into the dormitories and the classrooms and in the course of that, 38 students of Islamic SHS sustained various degrees of injuries”, he narrated.

He described the situation as worrying, especially, at a time the implementation of the Ejura report has been very poor.

“Yes the IGP has taken some steps. We are told that the IGP has removed the 2IC in the Ashanti Region and two other officers have been interdicted but Mr. Speaker, this is not enough. We know how the Police have operated in the past. I am calling on this House that as a matter of urgency, I remember very well that last week you made several referrals to the Defence and Interior Committee of some of the brutalities from Wa, Nkoranza. We should add this to the Defence and Interior Committee and because this has just happened, I want to plead that they will have fresh information and will be able to do a public hearing on the matter”, he pleaded.

Batting an eyelid, Hon Annoh Dompreh commended Muntaka for his submission on the issue. He further praised the IGP for being swift in his response to the troubling situation by personally going to the school to ensure peace and order plus further withdrawing the 2IC of the region and interdicting two other officers.

The representative of Nsawam-Adoagyiri , revealed that he also have a different account of the unfortunate incident and went on to oppose Muntaka’s plea for the House to conduct an immediate enquiry into the matter while the Ghana Police is already on the ground doing same.

Speaker, Rt Hon . Alban Gbabin directed the Defence and Interior Committee to call on the IGP as well as the Ashanti Regional Command to get first hand information on the incident. He also asked the committee to visit the students who were on admission as a result of the injuries they sustained and also see to their welfare and report back to the House on Tuesday June 21, 2022.

“I think that our security officers should not in such cases, be releasing police with live bullets on such situations. But if the Police are actually investigating the matter now, what we can do as a House is to immediately show concern. Let the Police know that we are awaiting their report and then after the report, we are entitled to take further action”, he noted.

The Deputy Minister of Education Hon Ntim Fordjoui visited the injured students at the hospital. 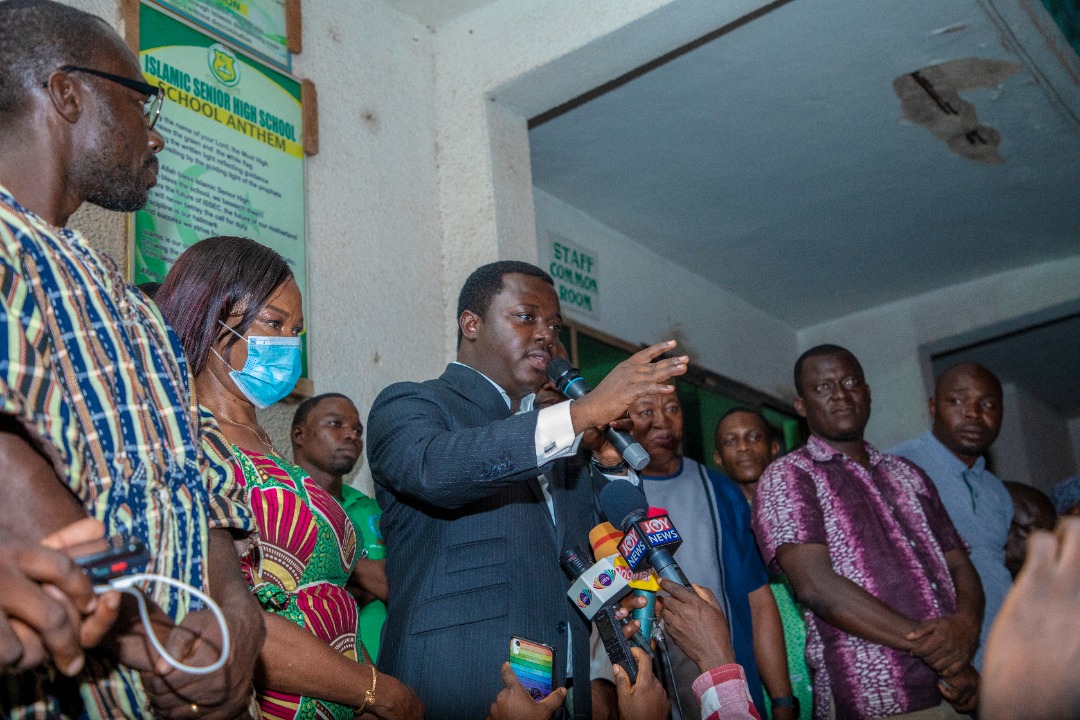 Prof Paws Out With New Single, “BRUK UP”