in Health
Reading Time: 3 mins read
A A
0 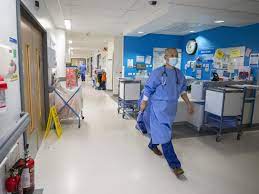 The NHS is in danger of a mass exodus of black, Asian and minority ethnic doctors due to “persistent” and “intolerable” levels of racism in the workplace, a landmark report warns.

The review by the British Medical Association, one of the most comprehensive of its kind into racism in the medical profession, paints an “alarming” picture of “institutional barriers” to career progression, “dangerously low levels” of reporting of racist incidents and a growing mental health burden on minority ethnic doctors.

The doctors’ union’s report identifies “systemic failure” across the NHS and calls on health chiefs to urgently “bring an end to structural racism” and “rectify the disproportionate outcomes” in careers and job satisfaction – or risk losing thousands of medics from the profession.

Its publication comes on the opening day of the NHS ConfedExpo conference in Liverpool, where thousands of NHS leaders are meeting to wrestle with issues faced by the health service after the Covid-19 pandemic. The most pressing issue is the mounting workforce crisis, with the NHS short of thousands of doctors and desperately struggling to retain or recruit medics.

The BMA report found that many doctors are facing racial inequality at work, leading to them being overlooked for promotion, forced to change specialty or causing them to quit.

It warned of a “tragic waste of potential” as a poll revealed that 60% of Asian and 57% of black medics see racism as a barrier to career progression. Meanwhile, many doctors who have experienced racism while working said their mental health had deteriorated.

As a result of racial discrimination, 42% of black and 41% of Asian doctors have considered leaving or have left work in the past two years.

A survey of 2,030 medics by the BMA found that minority ethnic doctors face racial discrimination from multiple sides, from their bosses to patients. One medic told the review they had been called a “headscarf bitch” and a complaint to their manager was met with “silence”.

Dr Chaand Nagpaul, the BMA chair of council, said: “The NHS was built on the principle of equality of care for patients whoever they are, but this report shows that the NHS is shamefully failing in this principle for its own doctors, with those from ethnic minorities reporting alarming levels of unfair treatment and racial inequality at work.

“It is deeply concerning that so many of those surveyed did not report racism, either out of fear of recrimination, being labelled a troublemaker or a lack of confidence it would be properly investigated. This means that doctors are suffering in silence, and the true extent of racism is neither exposed nor addressed.

“What all this adds up to is a tragic waste of potential as doctors of ethnic minority are held back, dragged down or simply walk away from the profession. Racism is wrecking the lives of many doctors, affecting patient care and threatening services. The time for talk on this is over.”

The BMA report comes four months after the Guardian revealed that a major review by the NHS Race and Health Observatory into patient care had uncovered “overwhelming” minority ethnic health inequalities in the NHS.

It warned that “vast” and “widespread” inequity in every aspect of healthcare it reviewed was harming the health of millions of patients, and said racism, racial discrimination, barriers to accessing healthcare and woeful ethnicity data collection had “negatively impacted” the health of black, Asian and minority ethnic people in England for years.

Prof Anton Emmanuel, the head of workforce race equality standard at NHS England, said: “No one should experience racism, discrimination or prejudice at work, it is completely unacceptable and NHS organisations should take a zero-tolerance approach to all and any form of discrimination.”

Emmanuel insisted “decisive actions” had recently been taken to address inequalities in the NHS and progress was being made, but he also conceded that “we know there is still more work to do”.

Police Arrest Three Military Men and one other Accomplice for Robbery 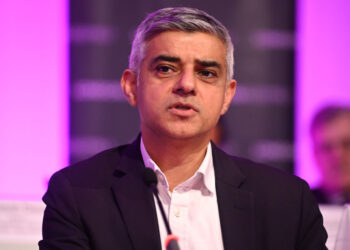 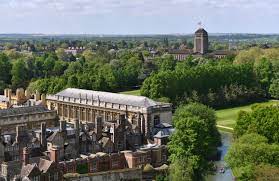 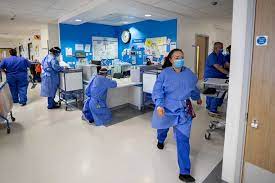