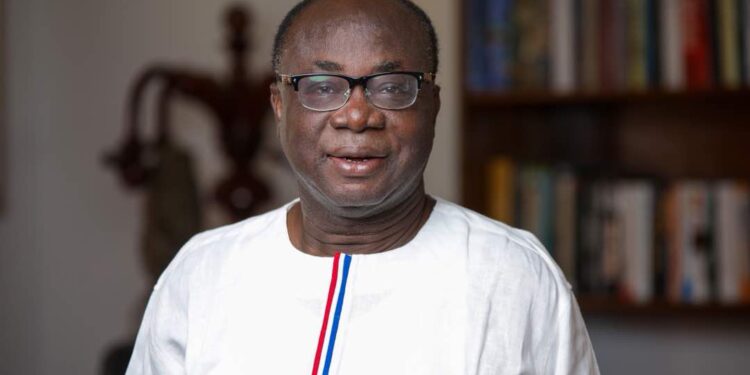 The National Chairman of the governing New Patriotic Party (NPP), Mr Freddy Blay has called on the public to stop the hypocrisy and allow people who want to be gays to live a free life.

Mr Blay added that even though he does not subscribe to the practice of homosexuality, the public outcry and discussions are unnecessary.

“I don’t subscribe to gayism. It’s a choice. Because I’m not attracted by them. But I don’t want to go into people’s bedrooms. I don’t want to see what they’re doing. If people want to be gay, I think it should be their own problem.

“I won’t go-ahead to be a persecutor of those who want to be together as man and man, or woman and woman. I think there’s too much hypocrisy about it. And we’ve been excited, emotions have been excited over it to the extent that we’re not sober over it. I honestly don’t see [what] the hullabaloo is all about. We should allow them,” he said in an interview on Asaase Radio.

Debate on the subject of homosexuality has been very heated in recent times with the majority of Ghanaians completely against the legalisation of the practice in the country.

Some MPs including Ningo-Prampram MP Sam George have presented a bill – the Proper Human Sexual Rights and Ghanaian Family Values Bill – popularly called the anti-LGBTQ Bill, are lamenting the delay in progressing the proposed legislation through Parliament.

But Private Legal Practitioner, Akoto Ampaw has called on Parliament to reject the Anti-LGBTQI Bill, which he claims does not meet legal requirements as stipulated in the 1992 Constitution.
According to him, the Bill in its current form violates Article 1(1) (2):” which uphold the sovereignty of the people of Ghana in whose name and whose welfare the powers of Government shall be exercised in the manner and within the limits laid down in the Constitution”.
Tags: LGBTQ