in World News
Reading Time: 8 mins read
A A
0 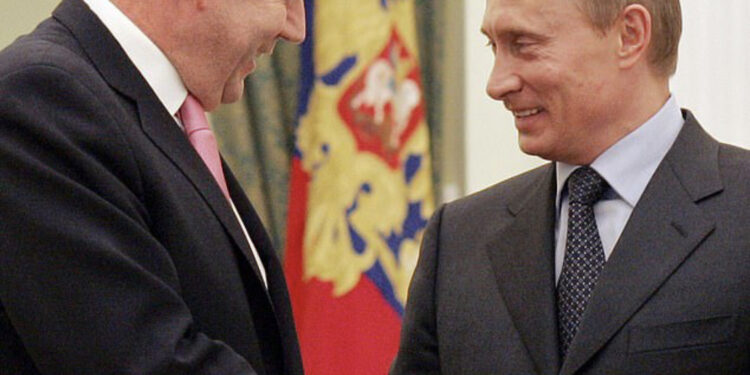 Gordon Brown has revealed that Vladimir Putin threatened him during an official visit to Moscow and says the West ‘failed’ to stand up to the Russian President for years before his invasion of Ukraine.

Mr Brown has also slammed ‘global disunity’ after 150 countries failed to impose sanctions on Russia over its invasion of Ukraine.

‘I was under no illusions about what Putin was like,’ the former Prime Minister said in an interview with The Telegraph Magazine this weekend.

Recalling a 2006 visit to the Kremlin while Chancellor of the Exchequer, Mr Brown went on: ‘I was put in a very low seat so that I was looking up at him. He’s certainly a relatively small man, and he wears these stacked heels.

‘Anyway, that day he took out these index cards, and proceeded to read out all this information he had about me, as though he wanted to prove that he knew more about me than I knew about myself. So when people say that Putin’s changed and is only now threatening, I can tell you that he was threatening me even then.’ 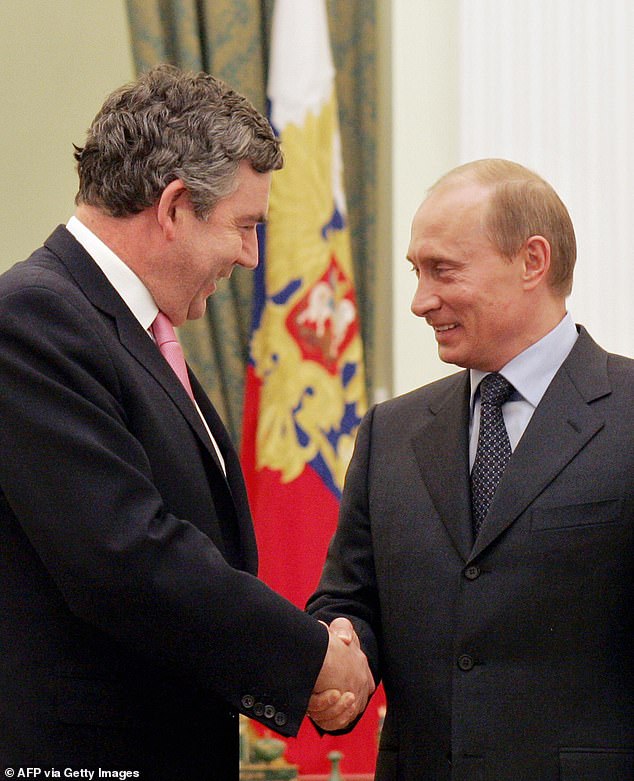 Recalling a 2006 visit to the Kremlin, Gordon Brown said: ‘When people say that Putin’s changed and is only now threatening, I can tell you that he was threatening me even then’ 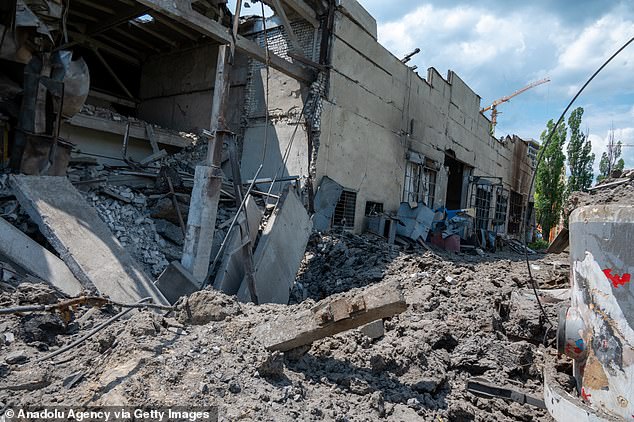 A tram depot on the northern outskirts of Kharkiv, received significant damage as a result of constant shelling by Russian troops yesterday 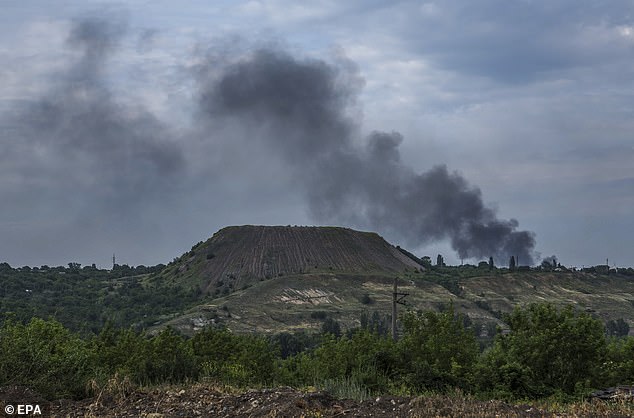 Smoke from shelling rises near a mine waste bank in Lysychansk, Luhansk area, Ukraine

Mr Brown believes Putin only responds to ‘an uncompromising and unyielding show of strength,’ adding: ‘The only thing Putin understands is strength. Weakness he will exploit; he’s opportunistic to the nth degree.’

And he warned that the West’s inaction over Russia’s 2014 invasion of Crimea, which took place while David Cameron was Prime Minister, ‘allowed Putin to think he might get away with further incursions’.

In an interview with Sophie Raworth on the BBC’s Sunday Morning today, Mr Brown slammed the 150 countries which did not impose sanctions against Russia after its invasion of Ukraine and suggested the West’s failure to tackle global poverty was one cause.

He said: ‘I applaud NATO unity but there is a problem with coordinating sanctions where some countries are not prepared to do it

‘What we’ve also seen is global disunity – 82 countries refuse to support the action against Russia for its breach of human liberties, 150 countries around the world are not imposing sanctions, so we have global disunity.

‘One of the reasons is we have not shown people that globalisation which is led by the West is working to reduce poverty, raise living standards and of course, deal with climate change in the poorer countries and really have to honour our promises.

‘Two billion people remain unvaccinated despite the fact we have 24 billion vaccines being produced this year. And of course climate change promises to Africa have not been met.’ 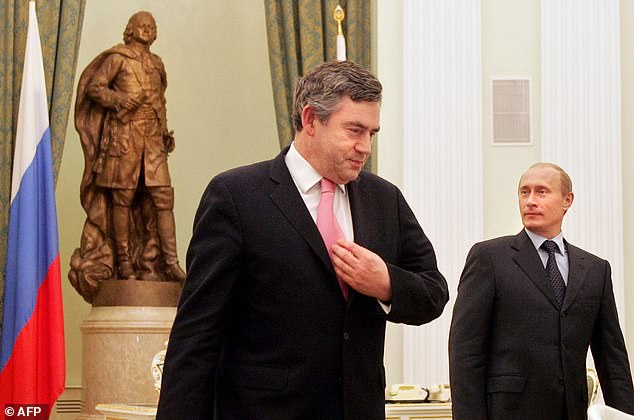 Gordon Brown claims the West ‘failed’ to stand up to Vladimir Putin for years as he reveals Russian President threatened him during official visit to Moscow while he was Chancellor. Pictured: Brown (left) and Putin (right) during a meeting at the Kremlin on 11 February 2006 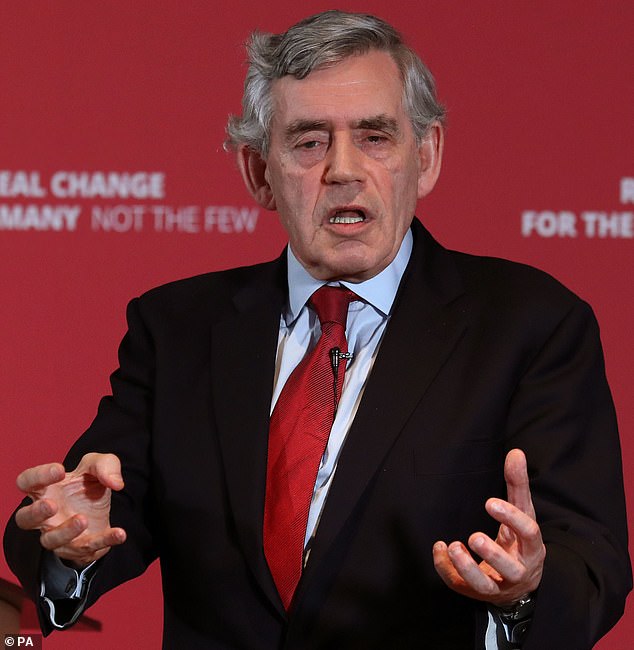 The comments came as Ukrainian President Volodymr Zelensky yesterday visited troops in a bunker on the frontline of the southern Mykolaiv region.

Western-supplied heavy weapons are reaching front lines, although not in quantities that Ukrainian officials say are needed to push back Russian forces.

Last night, there were fears of another Russian push to seize the key city of Sievierodonetsk. Serhiy Gaidai, the regional governor in Luhansk, claimed Russian reservists were being redirected to the area.

Meanwhile, as he returned to the UK from a visit to Kyiv, Prime Minister Boris Johnson said: ‘The Russians are grinding forward inch by inch and it is vital for us to show what we know to be true, which is that Ukraine can win and will win.’

He added: ‘When Ukraine fatigue is setting in, it is very important to show that we are with them for the long haul and we are giving them the strategic resilience that they need.’ 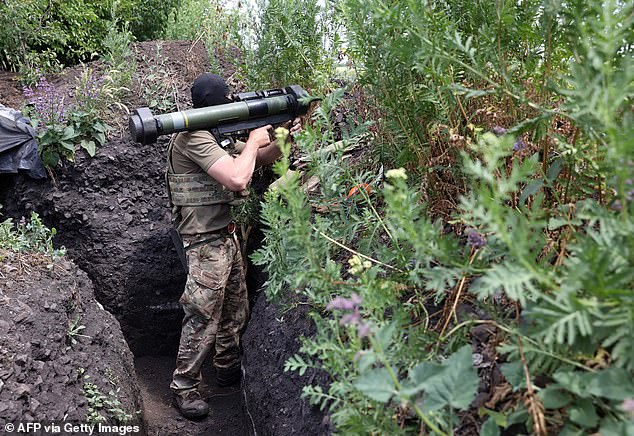 A Ukrainian serviceman mans a position in a trench on the front line near Avdiivka, Donetsk region 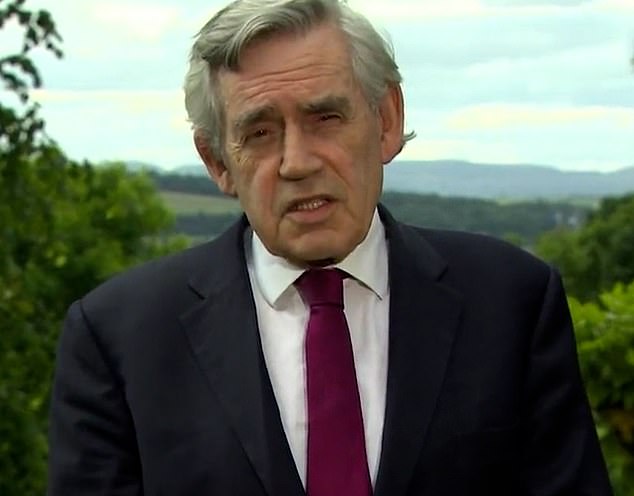 In an interview with the Sophie Raworth on the BBC’s Sunday Morning, Mr Brown slammed the 150 countries which did not impose sanctions on Russia after its invasion of Ukraine and suggested the West’s failure to tackle global poverty was one cause

The new head of the British Army has said troops must prepare ‘to fight in Europe once again’ as the conflict in Ukraine continues.

General Sir Patrick Sanders took over from General Sir Mark Carleton Smith on Monday and wrote to his charges about the challenges they face, The Sun first reported.

‘There is now a burning imperative to forge an Army capable of fighting alongside our allies and defeating Russia in battle,’ Sir Patrick said.

‘We are the generation that must prepare the Army to fight in Europe once again,’ he added.

It comes after the Prime Minister returned from Ukraine with a warning that ‘we need to steel ourselves for a long war’.

After visiting Kyiv, Boris Johnson said Vladimir Putin’s invasion is ‘entering a new phase’ and if Russian advances are successful he “would not stop at dismembering Ukraine”.

Writing in The Times, Mr Johnson said: “I am afraid that we need to steel ourselves for a long war, as Putin resorts to a campaign of attrition, trying to grind down Ukraine by sheer brutality.

‘The UK and our friends must respond by ensuring that Ukraine has the strategic endurance to survive and eventually prevail.’

‘Everything will depend on whether Ukraine can strengthen its ability to defend its soil faster than Russia can renew its capacity to attack,’ he added.

‘Our task is to enlist time on Ukraine’s side.’ 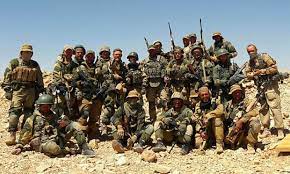 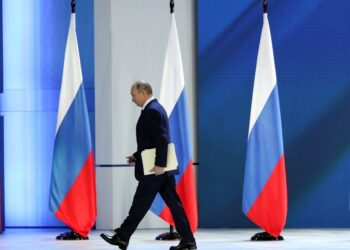