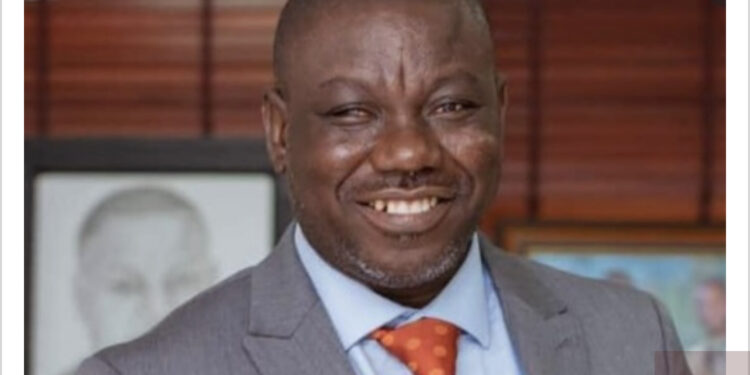 Member of Parliament for Bolgatanga Central, Isaac Adongo says Ken Ofori Atta was not truthful with every information he gave on the expenditure of the Covid 19 funds.
In an interview monitored by Nsemgh.com on Eyewitness News on Citi, Adongo said Parliament must conduct further probe on the information presented to the House by the Finance Minister.
I just don’t know how this man [Ken Ofori-Atta] thought that he will just come and bamboozle [us] and get away with it. No wonder he has been running away from accountability and from Parliament all this while. People who contested elections openly claimed that they were given allocations of COVID money to spend, yet most of these monies did not even come as free money. People cannot hide behind COVID to plunder the public purse. They must account for it and the more open that process is, the better it is in claiming back the credibility of Parliament and the government architecture we set for ourselves,” he said.
After Finance Minister’s presentation, the Minority suggested an ad-hoc committee be set up to look into the information given to the House.
But the Majority leader Osei Kyei Mensah Bonsu, challenged the minority’s position by suggesting that the Auditor General’s offices were the best place for the further investigations the minority were calling for.
Adongo, a ranking member of the Finance Committee, disagreed with the Majority leader, on the grounds that the Audtor General’s office lacked the capacity to conduct such investigations as the Auditor General’s work only entails checking for expenditures of ministries, departments and agencies and not special incidents such as COVID-19 expenditures.
The argument that the Auditor General will audit the accounts and so that suffices [is not right]. The Auditor General does not produce a special account on COVID-19 and related revenue and expenditures. He only reports the figures of total government expenditure and revenues from Ministries, Departments and Agencies.”
At this point, we are not looking at those numbers, we are looking at revenues or total mobilization and expenditures in relation to COVID-19 activities and there is no way the Auditor General’s reports can cover those matters so that has to be done by special arrangements. I am happy that the Speaker approved that this be investigated as a special activity,” he added.
He said that it was very satisfying to hear the Speaker of Parliament advise that the committees for Finance and Health conduct further investigations into the accounts presented by the Finance Minister.