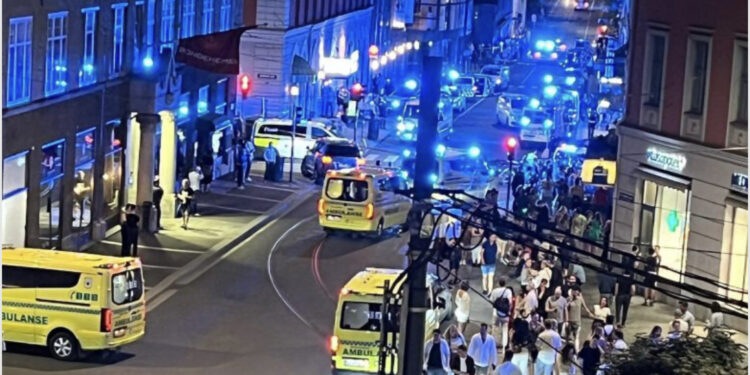 Multiple people have been injured in a shooting at a nightclub in Norway tonight, police have said.

Norway’s BNN Newsroom tweeted: ‘The police ask people in the area to move away, to make room for ambulances.’

Oslo Police District said: ‘Several shots were fired at a nightclub in the city center. We will return with more information.

There is no word on a motive at the moment. A large police response is underway, with lots of ambulances in the area.