President Akufo-Addo Directs Ofori Atta To Go To The IMF 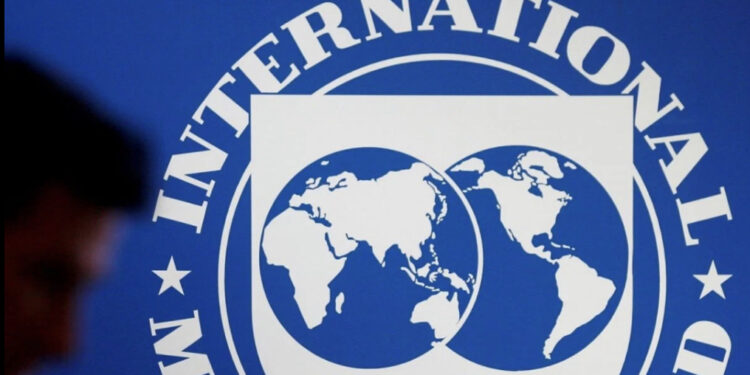 President Nana Addo Danquah Akufo-Addo has directed the Finance Minister Ken Ofori Atta to begin formal engagements with the International Monetary Fund (IMF).
The directive is contained in a statement released by the Information Minister Kojo Opponv Nkrumah, on Friday July 1st 2022.
In the statement, the president instructs the finance minister to seek the IMF’s support for an economic program which will be drawn by the government.
“The President of the Republic of Ghana, Nana Addo Dankwa Akufo-Addo, has authorised Finance Minister, Ken Ofori-Atta to commence formal engagements with the International Monetary Fund (IMF), inviting the Fund to Support an economic program put together by the Government of Ghana,” the statement said.

The statement further reveals that the IMF assistance will provide balance of payment support as part of a broader effort to quicken Ghana’s build back in the face of challenges induced by the COVID-19 pandemic, and recently, the Russia-Ukraine crisis.”
This decision by government will come as a surprise to many, due to government’s earlier insistence of not heeding to several calls by the opposition National Democratic Congress ( NDC), Civil Society Organisations (CSOs) as well as a section of the business community, which urged the government to occasion this move for financial relief.
Earlier this, the Finance Minister responding to these calls, said going to the IMF was a harmful venture.
When we were in the IMF programme, we couldn’t pay for nurses and teachers,” he said; “we couldn’t hire any more because there were restrictions on that. I mean, it’s just really thinking you can go back to Egypt.

“In a way, we have forgotten how difficult and tenacious that master from Washington was”

So, we can deal with them for them to give us advice but we need not ever get into an IMF programme [again]. If we don’t do this E-levy, we’re just pushing ourselves in a way that would potentially end up in such a disaster,” Ofori-Atta said.
The above statements were made by Ofori Atta during one if the several Townhall meetings, to educate Ghanaians on the need for the Electronic Transfers Levy (E-levy) policy, which was deemed by government as an economic “savior”, to be passed. 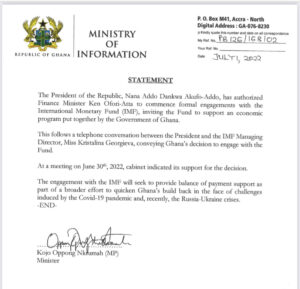