in Entertainment, Obituary
Reading Time: 3 mins read
A A
0

Donald Trump has announced the death at 73 of Ivana Trump, his first wife and the mother of his three oldest children, Donald Jr, Ivanka and Eric.

In a post to his Truth Social platform, the former president said: “I am very saddened to inform all of those that loved her, of which there are many, that Ivana Trump has passed away at her home in New York City.

She was a wonderful, beautiful and amazing woman, who led a great and inspirational life. Her pride and joy were her three children … She was so proud of them, as we were all so proud of her. Rest In Peace, Ivana!”

Ivana Trump was born in Zlin, in what is now the Czech Republic, in 1949. She became a skier, ski instructor and model, and married Donald Trump, then a New York real estate magnate, in 1977.

She joined Trump’s business, a partner in both the management of casinos and hotels and the projection of a glitzy, gaudy lifestyle which made the pair prominent figures in Manhattan society – and global celebrity culture – throughout the 1980s.

In 2018, the Guardian revealed that intelligence operatives from then-communist controlled Czechoslovakia spied on the Trumps, hoping to gain information about the “upper echelons of the US government”.

On Thursday, the New York police department said: “An emergency call was placed at 12.40pm. When first responders arrived [at Trump’s home on the Upper East Side] they found her unconscious and unresponsive. [Trump was] pronounced … dead at the scene. There does not appear to be any criminality.”

The New York Office of Chief Medical Examiner said it would investigate.

In a statement, the Trump family said: “Our mother was an incredible woman – a force in business, a world-class athlete, a radiant beauty and caring mother and friend.” 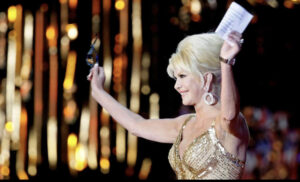 A 1993 biography, Lost Tycoon: The Many Lives of Donald J Trump, contained details from a sworn divorce deposition in which Ivana Trump said her husband raped her.

Donald Trump denied the allegation. Ivana said she had not meant “rape” in “a literal or criminal sense” but also said: “As a woman, I felt violated.”

The story resurfaced when Trump ran for the presidency in 2015 and faced accusations of sexual assault from multiple women. Michael Cohen, his then lawyer and fixer, told the Daily Beast Trump “never raped anybody” and claimed, inaccurately under New York state law, “you can’t rape your spouse”.

Cohen later apologised for that remark. He also threatened legal action, which did not ensue.

Trump’s first marriage haunted his candidacy and presidency in other ways. Amid constant speculation about how far to the right his political views really were, a 1990 interview with Vanity Fair came to be much-discussed. In the piece, Ivana was reported to have told her lawyer her husband kept a book of Adolf Hitler’s speeches by his bed.

Ivana Trump told media outlets she supported her former husband’s move into politics and claimed to be an informal adviser. In November 2020, however, after Donald Trump lost his bid for re-election, she told People: “I just want this whole thing to be over with, one way or the other. I really don’t care.”

She also said her former husband was “not a good loser” – his attempts to overturn his defeat by Joe Biden, including inciting an attack on Congress, are now the subject of multiple investigations – and said she wanted her children “to be able to live their normal lives”.

She added: “I think they enjoyed being around Donald and running the election and seeing what will happen, but now it is – thank God – over.”

Among online tributes to Ivana Trump on Thursday, Ronna McDaniel, chair of the Republican National Committee, wrote: “Very saddened to learn of the passing of Ivana Trump. Please keep her children and the entire Trump family in your prayers.”

From the New York Times, which has for decades chronicled the lives of the Trumps, Michael Barbaro, the host of the Daily podcast, wrote: “Ivana Trump … was the great love of Donald Trump’s life – a complex, career-oriented figure who truly challenged him, which is in part why he left her … Trump likes yes people. Ivana wasn’t that.”

On Thursday, the Trump family said: “Ivana Trump was a survivor. She fled from communism and embraced this country. She taught her children about grit and toughness, compassion and determination. She will be dearly missed by her mother, her three children and 10 grandchildren.”