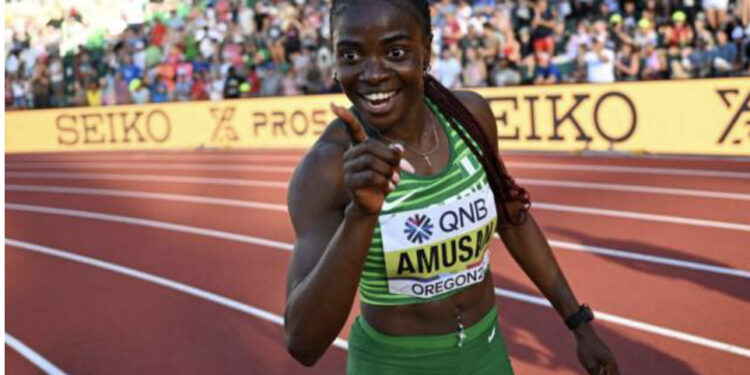 Nigeria’s Tobi Amusan has won gold in the women’s 100m hurdles at the World Athletics Championships in the United States.

The 25-year-old broke the world record in the semi-finals with a time of 12.12 seconds. Her time beats the 12.20 seconds set by American Kendra Harrison, who finished second behind Amusan, in 2016.

Amusan went on to win gold in the final, two hours later.

She ran even faster in the final itself – but the wind speed meant it could not be registered as another record.