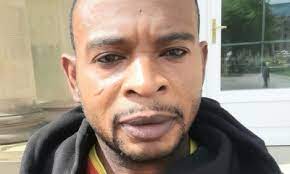 A Forty-Seven (47) year old who is hooked to smoking marijuana known as ‘Wee’ in the local parlance has confessed that he and his colleagues sometimes smoke dried human and animal excreta laced with weed and tramadol.

Officials of the Narcotics Control Commission (NCC), there is a surge in the smoking of dried faeces among some young people who also soak used sanitary pads to drink for vitality.

Speaking on TIME WITH DRUG ADDICTS SHOW on AMBASSADOR TV and monitored by MyNewsGh.com,monitored by NSEMGH, Bernard Tuffour explained that those smoking the dried faeces mix it “with Marijuana while others who smoke only the dried” faeces.

Explaining how some people smoke dried faeces, Bernard Tuffour explained “Those who are addicted to smoking dried faeces sometimes go to the public toilet to get human excreta and dry it for some days before they smoke it”

“I have never smoked dried faeces but I know some of my friends who do. I feel worried when I see them in that condition because they are going through a lot” he added.

“As I said some of them mix the dried faeces with weed while others mix it with tramadol. Dry the faeces for 5 to 6 days to make sure it is well dried. They will package the dried faeces like packaging weed then they smoke it. You will feel sorry if you see them engaging in that act”