in Breaking News, Sports
Reading Time: 2 mins read
A A
0 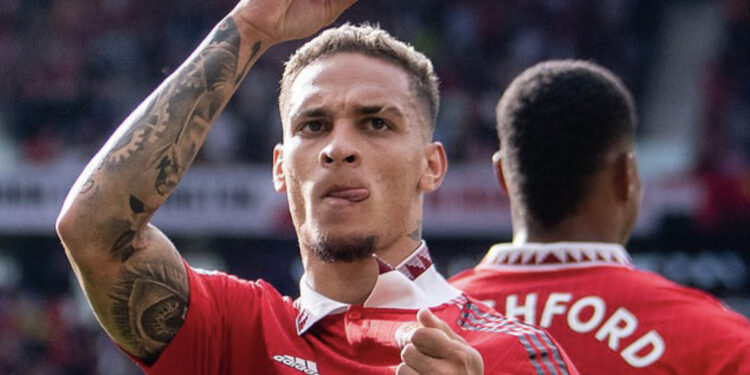 Manchester United lead through a debut goal from Antony, but I’m afraid it’s been another tale of VAR. Gabriel Martinelli had a goal controversially ruled out for a foul by Martin Odegaard on Christian Eriksen, and Albert Sambi Lokonga might have been sent off for a dangerous tackle on Bruno Fernandes.

Gabriel Martinelli's breakaway goal ruled out by VAR for a foul in the buildup! ❌ pic.twitter.com/1nZBkTfZOc

The only question is who Casemiro replaces, because United need him on urgently. Usually it’s Anthony Elanga but he’s not in the team today. It could be any of the attacking-midfield three – Sancho and Fernandes have been quiet, and Antony might not be able to do a full 90 minutes.

The goalscorer Antony is replaced by … Cristiano Ronaldo. Crikey, that’s interesting. Rashford will move to the left and Sancho to the right.

Saka plays a very imaginative pass that just evades the underlapping White in the area.

Bukayo Saka gets a deserved equaliser for Arsenal!

They’ve been the better team almost throughout, and now they’ve level. It came from a poor pass by Varane that was intercepted in midfield. Odegaard made room for a superb through pass towards Jesus in the area. He was challenged desperately by Dalot, but the ball ran loose for Saka to score from 12 yards.

63 min The equaliser hasn’t changed the game one iota – Arsenal are totally dominant, and Martinelli has just scampered away from Dalot to win a corner.

SAKA HAS LEVELLED IT! 😲

Arsenal have dominated in the second half and now they have their reward ✅ pic.twitter.com/r8zIbq5fng

Rashford made it 2 for Man U and its unbelievable.

72 min Here’s the goal from Marcus Rashford that has restored United’s lead.

MAN UTD ARE IN FRONT AGAIN! 🔴

77 min Gabriel Jesus has been booked for dissent. There was no debate about that goal – Arsenal were too high, almost on the halfway line, and Eriksen’s run was immaculately timed.

80 min: Double substitution for Man Utd Harry Maguire replaces Lisandro Martinez, who is limping slightly, and Casemiro in on for Marcus Rashford. I think Rashford was feeling him hamstring too. He’s had an outstanding game: one assist, two goals and a whole load of flashbacks to February 2016.

81 min Maguire is booked for fouling Jesus. He took one for the team there after a mistake by Casemiro.