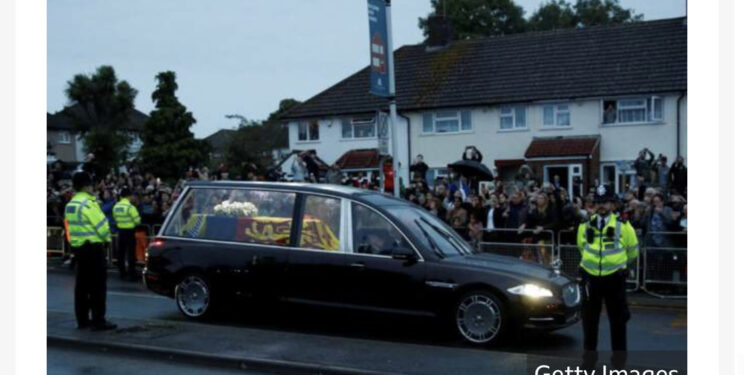 Hundreds of thousands of people are expected to file past the Queen’s coffin to pay their respects during the lying in state. At some stage, senior members of the royal family are expected to stand guard around the coffin, in the tradition known as the Vigil of the Princes.

Members of the public will be able to file past the coffin 24 hours a day during the lying in state from 5pm on Wednesday until 6.30am on the day of the Queen’s state funeral, Monday 19 September.

At the lying in state, the Queen’s closed coffin will rest on a raised platform, called a catafalque, in Westminster Hall and will be draped in the Royal Standard with the orb and sceptre placed on top. Each corner of the platform will be guarded around the clock by a vigil of units from the Sovereign’s Bodyguard, the Household Division, or Yeoman Warders of the Tower of London. 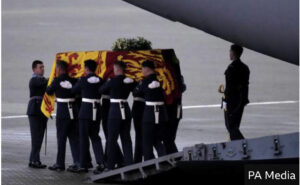 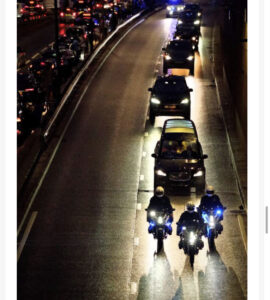 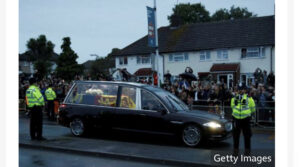 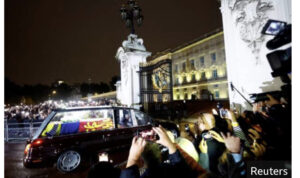 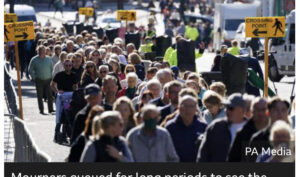 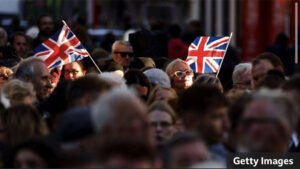 Those wishing to attend will be required to queue for many hours, possibly overnight, as large crowds are expected. There will be airport-style security and tight restrictions on what can be taken in, with only small bags permitted. 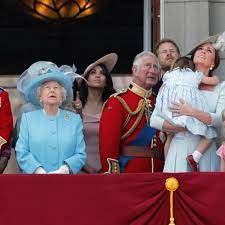