in World Sport
Reading Time: 8 mins read
A A
0 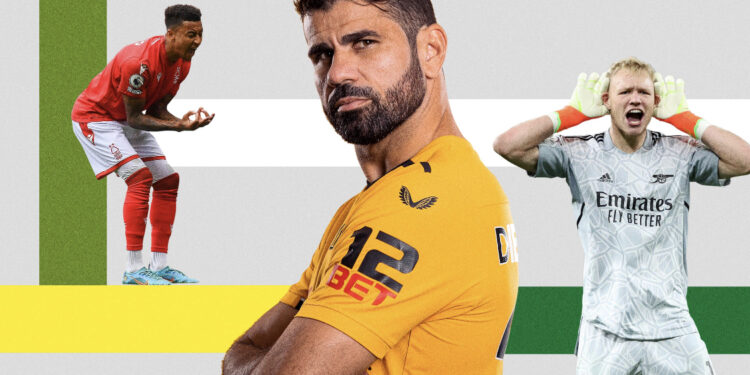 1) Games that should have been held last week

The Premier League should not have postponed last weekend’s fixtures. If people are working, it is wrong to confiscate their recreation, and that’s before we consider fans who’d taken time off or paid for transport in order to watch their team. Moreover, there are families relying on football-related income to pay bills and eat food who had their right to earn removed without warning, while cricket, rugby union and – among others – polo had the self-confidence to continue. Football is called the people’s game because it was started for the people by the people – people who sought a bit of weekend fun to escape the drudgery of regular life and forget their place in the order of things, just for a few hours. The suits who’ve expropriated it since would do well to remember that. Daniel Harris

2) Will Forest bounce back from embarrassment?

Having allowed Bournemouth to come from two goals behind to beat them, Nottingham Forest face another fellow newcomer in Fulham as they attempt to halt a run of three consecutive defeats, the most recent of which was greeted by rare but audible sound of booing from the City Ground stands. Despite playing without an out-and-out striker, Forest scored twice in the first half against Bournemouth but proved utterly unable to cope with Gary O’Neil’s half-time switch to a back three, when he replaced left-back Jordan Zemura with the more attack-minded wing-back Ryan Fredericks. Having had an extra week on the training ground to put things right and get a better idea of what constitutes his best XI, Steve Cooper will be expecting a reaction from his team in what should be an entertaining game between two attacking teams. With three of their following four games away from home, recent evidence suggests a failure to get one will be a source of worry for all concerned heading into the international break. Barry Glendenning

Five years ago Filip Marschall hadn’t even worn a pair of goalkeeping gloves but, if injuries do not abate as Steven Gerrard anticipates by the time Southampton visit Villa Park on Friday, then the 19-year-old could start between the sticks. Marschall joined Villa in 2018 from Cambridge City, for whom he played as a defender until the age of 13. Emi Martínez missed training on Thursday owing to illness and Robin Olsen because of a knee problem, while Jed Steer is a long-term absentee with an achilles injury. Gerrard hopes Martínez will be fit in time. Marschall was part of Gerrard’s squad on Villa’s pre-season trip to Australia and recently signed a new long-term contract, but the teenager who was on loan in the sixth tier with Gateshead last season could finish the weekend with a Premier League debut to his name. “He’s prepared to be ready,” Gerrard said. Ben Fisher

4) Costa to be let off Wolves’ leash?

The bar has been set. Wolves announced the signing of Diego Costa until the end of the season with a superb video of the chiselled striker keeping three snarling wolves, James, Alice and Gray, shackled and now Bruno Lage must ponder whether to let the 33-year-old off the leash. That clip has gone viral and Costa will be hoping to hit the ground running on his return to England, his last appearance coming for Chelsea in the 2017 FA Cup final defeat by Arsenal. Costa is working to a tailored training programme and said he required “two or three weeks to get in shape”, but Lage must be tempted to throw him in against Manchester City. “If I had ever doubted my potential, I wouldn’t have accepted this challenge,” Costa said this week. “I can bring something to the table.” BF

5) The highest of standards for City

Picking holes in Manchester City and finding fault with Pep Guardiola is a foolish thing to do, given the former have won three of the last four league titles and the latter is an all-time great manager if he retires tomorrow or never claims another trophy. But the feeling persists that City could and should be even better than they are, not just in defence – a weak point in all Guardiola teams – but in attack. It may well be that Leroy Sané and Raheem Sterling had to be let go, but the fact remains that without them, City lack balance and speed. Of course, they are brilliant at compensating, whether through the rhythm of their passing or ability to conjure a goal out of nothing, but any team willing to stay narrow and defend with discipline and aggression has a chance at frustrating them – especially if, like Wolves, they also have pace on the counter. DHa

It took Newcastle until 30 November last year to reach the seven-point mark. After only six games they have arrived there this season, but have only won once – against Nottingham Forest at St James’ Park – and Eddie Howe is not overjoyed. “I’m not happy, I want more points,” said Newcastle’s manager before giving his squad an apparently stern talking to about the need to achieve and maintain consistently high standards. Despite the likely, injury-enforced, absence of two key creative players in Allan Saint-Maximin and Bruno Guimarães, he will be particularly keen to beat Bournemouth at home on Saturday. Admiration for Howe on Tyneside currently knows few bounds, but the manager is aware that Newcastle’s Saudi Arabian owners have spent more than £200m on new players in less than a year and will feel entitled to see that investment translated into wins. Small wonder Howe is doing everything in his power to ensure his side do not stumble against the team he led to three promotions in six years, but who are still without a permanent manager. Louise Taylor

Brentford Community Stadium will summon difficult memories for Arsenal, who suffered a chastening defeat there on the opening night of last season, even if it came with Covid-related caveats. Mikel Arteta’s side are a different proposition now but the Bees feel more comfortable as an established top-flight unit, too, so the margins on Sunday lunchtime are likely to be fine. It will be a test for Arsenal’s ability to bounce back after the slightly harsh 3-1 defeat at Old Trafford a fortnight previously, which ended their winning start but did not affect their status as league leaders. Victory this time would ensure they finish this weekend top of the pile and that would be handy given any pretensions at a title bid will be examined thoroughly in the subsequent home meetings with Spurs and Liverpool. Arsenal are about to see their durability scrutinised and would feel well set if they leave west London with three points. Nick Ames

Antonio Conte intends to rotate his personnel for the visit of Leicester – after the mentally and physically draining Champions League defeat at Sporting on Tuesday – but it does not sound as if he is ready to call upon Yves Bissouma. It felt like a coup when Spurs took Bissouma from Brighton for £25m over the summer; here was a player that could add a new dimension in midfield, running with the ball, breaking the lines and creating chances. But it is not simple to play in the middle of Conte’s 3-4-3 formation and the verdict so far on Bissouma, to quote the manager, is that he is “struggling a bit with the tactical aspect. With the ball he’s really good; defensively he has to pay more attention.” It goes a long way to explain why Bissouma has started only once and totalled 121 minutes in all competitions. He needs time to adapt. David Hytner

9) Time running out for Rodgers?

Brendan Rodgers is an excellent coach – if you’re not sure, just ask him – but it might be that he’s running out of road at Leicester, who sit bottom of the table with one point from six games, and travel to unbeaten, third-placed Tottenham this weekend. The malaise is not all his fault, as his board gave him little scope to reinforce this summer, citing FFP regulations and ground improvements as the reason. But it is hard to not to wonder if the pandemic was also influential, reduced travel meaning reduced duty-free income for the King Power group – a line the club would never speak in public, because who’s going to excuse a parsimonious billionaire during a cost of living crisis? Rodgers, though, must also justify any funds allowed to him, which is to say it’s time for him to coax or force tunes out of Patson Daka and Boubakary Soumaré, players bought amid fanfare last summer but who’ve contributed little since. DHa

10) The importance of Calvert-Lewin

Dominic Calvert-Lewin’s status as Harry Kane’s understudy looked secure in the England hierarchy 14 months ago when he replaced the captain in the Euro 2020 quarter-final win over Ukraine. He has not played for the country since, and this week saw Brentford’s in-form Ivan Toney named in Gareth Southgate’s squad for England’s final internationals before the World Cup. Qatar now appears a distant hope for the 25-year-old, who has been restricted to just 18 appearances for Everton since winning his last cap due to toe, thigh and knee injuries. Frank Lampard has been desperate for Calvert-Lewin’s presence all season and, despite signing Neal Maupay, claimed the centre-forward’s return diminished the need to add another striker in the transfer window. Goals remain a serious problem for a team without a Premier League win this season but, having resumed training during the enforced break, Calvert-Lewin should soon have opportunity to repay his manager’s faith and perhaps send a late message to Southgate. Andy Hunter

We are forced to share pads – Stranded Ghanaian females in Dubai 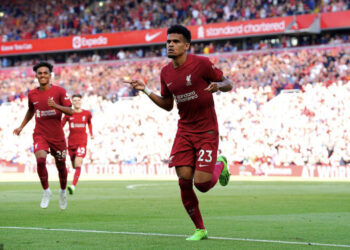