in Technology
Reading Time: 9 mins read
A A
0 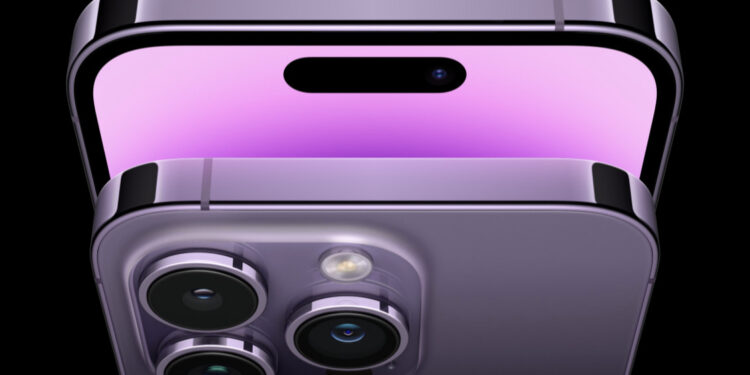 Slightly better cameras but otherwise, not much of an update – buy the iPhone 14 Pro or switch to Android instead

The same performance as the iPhone 13

No Dynamic Island or Always-On display

Part of the process of writing a review of a big product like the Apple iPhone 14 is to compare it with its predecessor. Is it better than before? Is it more expensive? And, most importantly, is it worth upgrading to?

Normally, with an iPhone update, this is a fairly settled procedure. Apple usually either spruces up the design in a big way or it goes with a big technology boost by either changing the display, upgrading the camera or adding a load of new features. In recent years, it has stepped this up and even lavished the same processor changes across the entire range.

This year is different, however. While the iPhone 14 Pro gets plenty of new features, including a small but significant update to the physical design, Apple has let the standard iPhone 14 stagnate by comparison.

Apple iPhone 14 review: What you need to know

The iPhone 14 is the first iPhone since Steve Jobs launched the very first model back in 2007 that hasn’t had either a chipset upgrade or a design overhaul. The physical design is identical to the iPhone 13, the display still only refreshes at 60Hz and there’s no sign of the iPhone 14 Pro’s innovative Dynamic Island or Always-On features.

What is different this year? Well, there are slightly new colours as there always seems to be: a lighter purple, new blue and a brighter Product Red to choose from. That’s nice but hardly an update to set the world on fire.

The iPhone 14 also has an extra ambient light sensor, which supposedly delivers more responsive and accurate adaptive brightness. Plus, there’s an updated, dual-core accelerometer, which helps the iPhone 14 deliver Apple’s new crash detection feature and satellite connectivity. However, the latter is something us Brits are going to miss out on given the feature only works in the US and Canada at the time of writing.

The only major change is to the iPhone 14’s camera system. Here, the main camera inherits the 12MP (f/1.5) camera from 2021’s iPhone 13 Pro and Pro Max series of phones while the selfie TrueDepth camera at the front gets a brighter aperture and autofocus.

In the event you’d be happy to jump ship and move to an Android handset, there are plenty of alternative options for your £849. Top of the list is the Google Pixel 6 Pro (£749). This has a far bigger 6.7in AMOLED screen that refreshes at a smoother 120Hz, the same camera count and type, comprising the main camera and an ultrawide module, and it currently costs less than £700. You might want to wait a few weeks, though, to see if the Google Pixel 7 is an even better option.

The Samsung Galaxy S22 Plus (£769) is another good choice at around the same price as the iPhone 14 (£840-ish). It also has a larger 6.6in 120Hz display but goes one better on the camera front than the Pixel, adding a 3x telephoto camera to main and ultrawide units.

And then we have the OnePlus 10 Pro (£699), another flagship phone with three rear cameras (main, ultrawide and 3.3x telephoto) and a bigger 6.7in 120Hz AMOLED screen. This was on sale at the time of writing for a very tempting £699 while its cheaper sibling, the OnePlus 10T, costs even less at £629.

It has a flat front and rear, with a matte-finish aluminium frame wrapped around the outside. The back panel is finished in glossy glass with a raised, square camera bump in the top-left corner, which houses the phone’s two camera lenses, arranged diagonally opposite each other. The front is topped with tough, scratch-resistant Ceramic Shield glass and, just like last year, the phone is rated to IP68 for water- and dust-resistance. This means it can be submerged in up to 6m of water for up to 30 minutes at a time.

The camera housing is the only thing that’s different compared to the iPhone 13. It’s raised by a fraction more from the body of the phone, a change that’s driven mainly by the upgrade to the main camera.

Otherwise, everything is the same as it was last year. In fact, this is now the third year in a row Apple has kept the fundamental physical design the same with only the camera bump changing the overall look.

Significantly, this also means the notch is the same as before, so there’s no Dynamic Island – only the iPhone 14 Pro models get that feature – and there’s no Always on Display (which can show notifications, widgets and photos when your phone is on standby), either. However, the iPhone 14 does get the new crash detection feature, which calls emergency services for you if you’re ever involved in a car crash.

And, in the US and Canada, the phone can also be used to alert emergency services via satellite if you happen to get into trouble and find yourself outside the range of cellular service.

Apple hasn’t even spent time upgrading the display this time around. It’s still good, though: it’s a 6.1in OLED display with a Retina-class resolution of 2,532 x 1,170 and quoted peak brightness figures of 800nits in everyday use and 1,200nits in HDR playback. I recorded peak brightness of 827cd/m2 in daily use and 1,194cd/m2 in HDR, while colour accuracy versus sRGB was excellent at 1.12 Delta E.

However, with the Pro models pushing up and above 2,000nits in everyday use and 1,600nits in HDR playback, it’s disappointing that the iPhone 14 didn’t get even a small upgrade here.

Perhaps the most disappointing thing about the iPhone 14’s display is that it’s stuck steadfastly at 60Hz, something that makes the phone feel sluggish, unresponsive and, frankly, old-fashioned. With most smartphones above £200 now coming with screens that refresh at the very least at 90Hz, this feels like something Apple should have updated this time around

This leaves the only upgrade of any note this year as the camera array, and on paper it looks like a worthy boost. Up front, the iPhone 14 gets a new TrueDepth selfie camera with a brighter aperture and autofocus. The main camera, meanwhile, receives a hand-me-down from last year’s iPhone 13 Pro, moving to a slightly brighter f/1.5 aperture (from f/1.6) and larger sensor with sensor-shift stabilisation.

There are also improvements to image processing with the new “Photonic Engine”, which improves image quality across all three cameras, including the ultrawide camera, although this employs the same 12MP f/2.4 hardware as last year.

The result, Apple says, is that image quality is improved significantly, especially in low light. How does it fare in real-world use? Well, I compared the iPhone 14 in back-to-back shots with an iPhone 13 Pro and in most situations, I found it impossible to tell the difference. That’s not to say it’s bad. In good light and low light, it’s a very capable camera.

Only in certain situations did the Photonic Engine seem to exhibit benefits. In the first shot below, for instance, there’s precious little difference between the two photographs, whereas in the second low-light shot you can see that the grass in the foreground is far brighter, greener and clearer on the iPhone 14 image.

There are upgrades to the phone’s video capabilities, however, and these are more significant. There’s the new “Action mode” for video capture, which applies action camera-style stabilisation to video (at 2.8K 60fps) and this works beautifully. A GoPro can still capture smoother video at higher resolutions and will be better for use in extreme environments but, for occasional use, this does a great job.

The iPhone 14 can also capture Cinematic mode in up to 4K – that’s the rather gimmicky mode where the phone applies fake background blur to videos, a bit like portrait mode for photos. The iPhone 13 and 13 Pro were restricted to 1080p. And, finally, it also has much smoother video zoom, which is a more genuinely useful upgrade.

As highlighted at the top of this review, the iPhone 14 is powered by the same chipset as last year’s iPhone 13 – the A15 Bionic – which means general performance hasn’t changed at all. That’s not to say this is a slow phone, however. Although now a year old, the A15 Bionic is still impressively rapid, so the iPhone 14 with its older CPU still remains a match for most current flagship Android handsets.

Despite some positive signs, it doesn’t look good for the iPhone 14. Here is a phone that, aside from its cameras and slightly better battery life, doesn’t really move things on from the iPhone 13 (£649) in any significant way.

This, ultimately, puts the iPhone 14 in a rather awkward position. On the one hand, it’s worse value than the one-year-old iPhone 13 (which is still on sale, by the way) and, on the other, it suffers by comparison to similarly priced and cheaper Android handsets.

It’s not often that I say this of an Apple smartphone but the iPhone 14 is not an Apple handset you should buy. If you’re desperate to stay with Apple, stick with the iPhone 13 or move up to the iPhone 14 Pro. And failing that, consider the move to Android where you’ll get far more phone for your money. 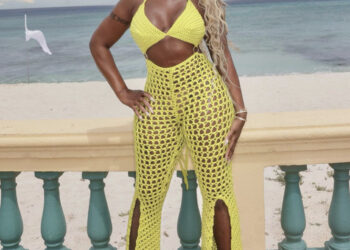 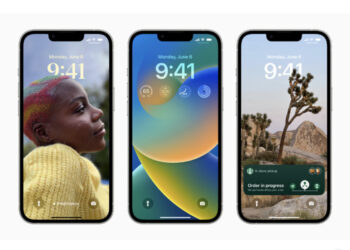