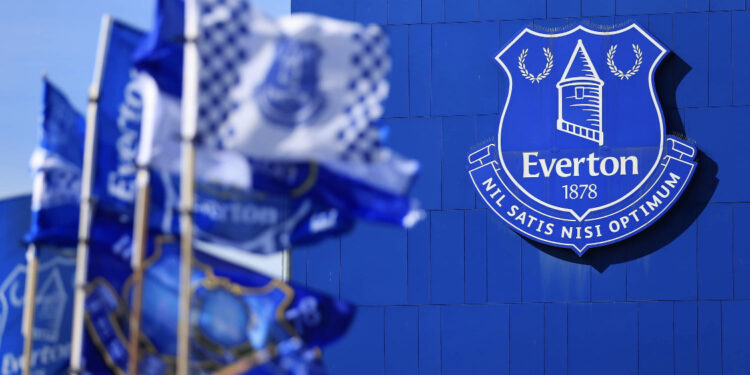 Farhad Moshiri is in advanced talks with Maciek Kaminski over an Everton deal which would see the US businessman provide funding for the new stadium and take a stake in the club.

Kaminski, a US real estate magnate, was part of the consortium led by the former Manchester United and Chelsea chief executive Peter Kenyon that held discussions with Moshiri in June. The structure of the deal is complex and and prevailing market conditions have complicated matters but a source close to the negotiations said there was a high chance an agreement would be struck. The percentage of Everton to be bought by Kaminski remains under discussion.

The talks, first reported by the Financial Times, raise the prospect of 12 Premier League clubs having minority or majority US shareholders. A group led by Bill Foley, the owner of ice hockey’s Vegas Golden Knights, is trying to buy Bournemouth and there is US investment on some scale at Chelsea, Manchester United, Manchester City, Arsenal, Aston Villa, West Ham, Crystal Palace, Fulham, Leeds and Liverpool.

When Moshiri issued a statement in Julyclaiming there was “no ‘for sale’ sign currently hanging outside Everton football club”, the British-Iranian billionaire admitted he was open to potential investment opportunities that would help finance the club’s new stadium at Bramley Moore dock and to possibly selling a minority stake.

Work on the stadium is well under way on Liverpool’s waterfront, with the initial stages of the development funded by Everton’s owner to the tune of more than £100m. However, the club, who have fixed a price with the constructors Laing O’Rourke believed to be in the region of £550m, have yet to reveal how the rest of the development will be paid for.

Moshiri has invested heavily in Everton since selling his stake in Arsenal to become the major shareholder in 2016. He has increased his shareholding to 94% but despite spending about £600m on new players the owner has presided over a chaotic, turbulent period in Everton’s history that saw the team narrowly avoid relegation from the Premier League last season.

Everton have posted record losses of £372.6m across the past three financial years. They also suspended all commercial deals with companies connected to the oligarch Alisher Usmanov, a former business partner of Moshiri, after Russia’s invasion of Ukraine and the sanctions imposed on allies of Vladimir Putin. Usmanov’s USM Holdings company had a £30m deal with Everton for first refusal on a naming rights deal for the new stadium.

Moshiri has rarely been seen at Everton matches this year with fans staging protests over his running of the club at the end of last season and again this summer.

Dominic Calvert-Lewin’s Everton comeback may be on hold for another week as Frank Lampard considers whether to give the striker more training before his first appearance of the season. Calvert-Lewin resumed training after a knee injury before Everton’s recent win over West Ham but was not risked for that game and given the international break to build fitness. The 25-year-old is available for tomorrow’s trip to Southampton but Lampard admits Calvert-Lewin’s involvement is not guaranteed.

The Everton manager said: “It’s about making sure Dominic is in the best condition.

“We have had a look at his plan and some of his training to make sure he is in the best possible shape.”

It’s sad Ghana interest in AngloGold was sold for ‘Peanut’

Everton 0-2 Sheffield United: Pressure on Marco Silva with his team booed at Goodison after Yerry Mina’s own goal and Lys Mousset strike nick the points

‘If they want to put the blame on me, f*** it…. it’s Pogba, it’s me or it’s Alexis’: Romelu Lukaku lays into Manchester United and says he was made a scapegoat for ‘s*** going bad’ before he left for Inter