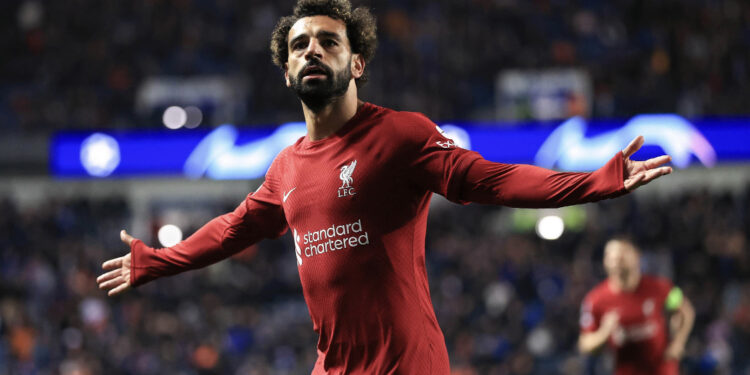 In the end, it was a story of the razor-sharp brilliance of Mohamed Salah, the close control in tight spaces and a substitute’s cameo of outrageous dimension. That, and the excellence of Roberto Firmino, who scored two, made another for Darwin Núñez with a velvet smooth backheel and did more than anybody to put Liverpool in control of this Champions League game.

It was a second group-phase win over a limited Rangers team in a little over a week and, after all of the Premier League angst – bound up in Liverpool’s worst start to a domestic season since 2012-13 – there was the tonic of knowing that a place in the knockout phase of Europe’s elite competition is all but secure.

First to Salah. It was 3-1 to Liverpool when he came on in the 68th minute, Rangers looking broken and perhaps fearing the worst. Salah dished it out and then some. It was shocking to witness the extent of Rangers’ capitulation, which invited the inevitable question to the manager, Giovanni van Bronckhorst, afterwards about mental weakness.

When Salah scored his first, taking a fine touch to control a ball that had looped high into the air before skating inside and, with no challenge forthcoming, shooting into the far corner, it was the prompt for many home fans to head for the exits.

What they missed was the fastest hat-trick in Champions League history. It was timed at six minutes and 12 seconds, the second goal coming when he stopped with the ball on the edge of the area, freezing the blue shirts around him, in total control, and shaped a shot past Allan McGregor. It was almost nonchalant. Cue more Rangers supporters getting away.

The third was a trademark glide in from the right and an unerring curler into the far corner. The assist had come from Diogo Jota, as on the previous two Salah goals. So another hat-trick of sorts.

The crazy thing from Salah’s point of view was that he had blown a gilt‑edged one-on-one with McGregor shortly after his introduction.

It was some way to steal Firmino’s thunder because, at 3-1, the Brazil international had looked set to be the main man. The strange thing about the evening was that Liverpool had been so poor, so passive in the first half. They trailed to Scott Arfield’s smart finish and they were indebted to Firmino for the header which had them level at half-time.

Firmino cut loose after the break; probing with his passing, menacing with his movement. He was on the spot to convert a low, right-wing cross from Joe Gomez – Firmino’s eighth goal in nine games – and his best moment was the flick that ushered in Núñez.

It was an ordeal for Rangers, the final indignity coming late on when Harvey Elliott added the seventh – making it the joint-heaviest defeat that Rangers have ever suffered in Europe. Elliott pounced after McGregor had denied Jota at close quarters and there would be an anxious wait for the 19-year-old while the VAR performed a check. Elliott’s celebration when his first goal in this competition was given the all-clear was Liverpool’s final lovely moment.

In the space of one momentous half of football, the mood around the club has been transformed and in timely fashion, too, because next up at Anfield on Sunday in the Premier League are Manchester City.

Liverpool had travelled to Glasgow on the back of the defeat at Arsenal on Sunday, lagging 10th in the table and with so many question marks against them – about why everything has seemed a little off. Klopp has said that they are not in the title race.

It actually got worse before it got better. Klopp had rotated, leaving Thiago Alcântara, Salah and Jota on the bench, as he contended with a lengthening injury list. In came Fabinho, Elliott and Fábio Carvalho, with Klopp persisting with his new‑look formation – more 4-2-3-1 or even 4-4-2 than 4-3-3, Firmino up around Núñez.

Liverpool were disjointed in the first half – startlingly so – their moves lacking direction, their patterns predictable while they were open at the back. Arfield had the stadium bouncing with the opening goal, Ryan Jack playing him in after Carvalho had been caught in possession.

Liverpool were rattled and Gomez was fortunate to get away with a backpass that went straight to Antonio Colak. It had been Rangers who pressed on to the front foot, Liverpool flickering only briefly through Elliott in the early running.

The visitors’ lifeline came out of very little, a Kostas Tsimikas corner which he dropped to the near post. Up went Firmino and, under minimal challenge, he flicked home from point-blank range. It was so soft from a Rangers point of view.

Klopp’s team failed to build on the equaliser before the interval, their control missing. Colak fluffed a final pass and, when Fashion Sakala beat Tsimikas to pull back for Arfield, Ibrahima Konaté jumped into a vital block. Rangers sensed that they could hurt Liverpool. They would be wholly disabused of the notion. 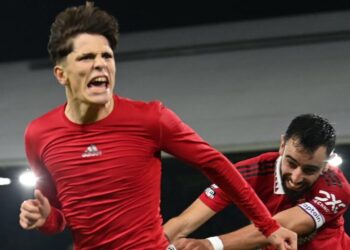 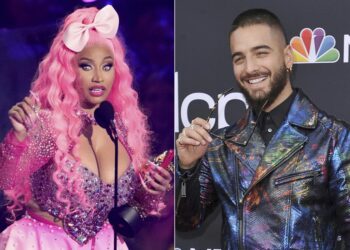 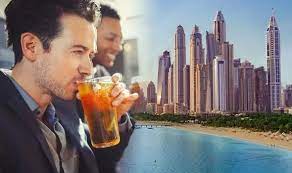