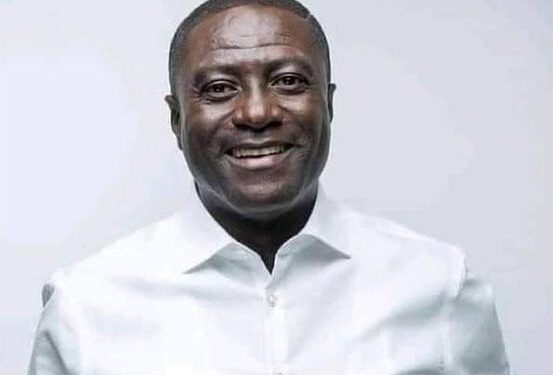 Information available to NSEMGH indicates that host of Onua TV/FM morning show, Godsbrain Smart commonly called Captain Smart has been picked up by the National Intelligence Bureau (NIB) to assist with investigation.

He was reportedly rounded up together with five other persons in a car around Kanda in Accra Wednesday October 19, 2022.

Bombs and guns factory uncovered inside popular hospital at Alajo

It is However unclear why the officials arrested him but a staff of Media General, Caleb Nii Boye who was a victim of the arrest explained that the officials of NIB stopped a car Captain was driving and escorted the car to their office in the capital.

He stated further that the five other persons onboard the car were released by NIB but took custody of Captain Smart.

He posted on Facebook that “This evening I experienced the NIB formerly BNI, as they stopped Captain Smart’s Car which I was in around Kanda.

He added that “They escorted us to their office opposite the Bureau of Ghana Languages. Took our phones & gagdets for some minutes and released them.
But detained Captain Smart and his phones.
As I type this— we ( 5 guys) have been released but Captain has been driven to an unknown location.”

Cardi B accused of ‘humiliating’ man with racy image on mixtape