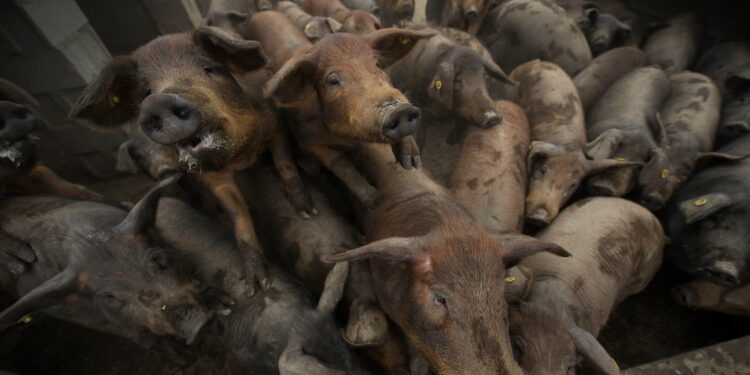 Tucked between motorways in the west of the city, the drab brick building belonging to Madrid’s Complutense University stretches the length of a football pitch. Inside, a series of sterile laboratories – capable of handling the world’s most dangerous pathogens – can be found along a brightly lit hallway.

This is the frontline of the EU’s battle against another, albeit lesser-known, global pandemic: the highly infectious African swine fever (ASF), which has swept through dozens of countries, forcing farms to cull millions of animals.

Long endemic to Africa, ASF is harmless to humans but often fatal to pigs. The current outbreak, believed to threaten around three-quarters of the world’s herds, can be traced to the 2007 appearance of the virus in Georgia. Aided by the ability to survive up to 1,000 days in frozen meat and persist for long periods on clothing and vehicles, it soon began to spread beyond the Caucasus.

In 2018, ASF turned up in China, home to around half of the world’s pigs. By 2019, there were concerns that as many as 100 million pigs had been lost. Two years later the virus was confirmed to be in Germany, home to one of the EU’s largest swine herds.

From Papua New Guinea to the Dominican Republic, reports of the virus rolled in from 45 countries across five continents, forcing the protective culling of pigs, leaving family farms devastated and markets reeling from export bans.

“This is the biggest animal disease outbreak we’ve ever had on the planet,” says Dirk Pfeiffer, a veterinary epidemiologist at City University of Hong Kong. The only tool currently available to battle the virus, he adds, “is to emphasise to farmers the importance of enhanced biosecurity”.

Against this background, pressure has grown to create an ASF vaccine. “While it is possible to eradicate ASF without vaccination, it takes a long time to do it,” says José Manuel Sánchez-Vizcaíno, a professor of animal health at Complutense University in Madrid. “You have to know the virus really well and understand where it hides and its tricks.”

The Iberian peninsula stands out as a singular example; after a strain of ASF was discovered in Portugal in 1957 – and again in 1960 – the Spanish and Portuguese governments waged a decades-long battle, using preventive culling and protecting domestic pigs from vectors such as soft ticks and wild boars, before declaring the virus eradicated in 1995.

The experience – along with the meteoric rise in Europe’s wild boar population – has cemented Sánchez-Vizcaíno’s view that a vaccine is the best hope for halting ASF. The scientist is coordinating an EU-funded global consortium that, since its launch in 2019, has homed in on three vaccine candidates with the potential for use on domestic pigs and wild boars.

The focus is now on carrying out large-scale tests to see how the candidates interact with other illnesses or pregnant sows. Broad questions continue to hover over the investigation, such as whether the vaccine developed in Spain would be equally effective in other regions and how often it would need to be administered. The aim is to have the vaccine ready to roll out by late 2024, according to Sánchez-Vizcaíno.

Similar efforts are playing out around the world. Researchers at Harbin Veterinary Research Institute in China say they have made advances on a live attenuated vaccine, while the Catalan research institute CReSA-IRTA has found multiple potential vaccine candidates.

At the Pirbright Institute in the UK, a team focused on ASF has been refining its own potential vaccine candidate for the past two years. “People often ask why it is taking so long,” says Linda Dixon, a virologist who leads ASF research at the institute.

“People are quite nervous about it because the thing with a live attenuated vaccine – which all of these are – is basically you’re releasing a live virus into the field. And there’s not enough of a history to know exactly what’s going to happen.”

With several promising vaccines now identified and rigorously tested for safety, the focus has shifted to large-scale trials. “Whenever you start to vaccinate hundreds of thousands of pigs, you might find out some things that weren’t apparent from the smaller scale,” Dixon says.

The risks were laid bare this year after Vietnam announced in June it would become the first country in the world to administer an ASF vaccine. After an outbreak of the virus in 2019 led to the culling of more than 2 million pigs, the Vietnamese government planned to administer the vaccine to 600,000 animals in 20 provinces.

However, less than three months later, state media reported that vaccinations had been temporarily suspended following the deaths of around 750 inoculated pigs. According to VietNamNet, which is affiliated with the Ministry of Information and Communications, 23,344 doses of the vaccine were supplied from July to August this year.

It is not known how many of the deaths were caused by the vaccine, which had been produced in Vietnam after being developed at the US Department of Agriculture (USDA) and licensed to companies around the world.

An investigation is currently under way to assess what exactly happened. A report released by the company that produced the vaccine suggested that some of the farms in three provinces had failed to heed instructions that it must be used only on healthy pigs between eight and 10 weeks old, according to Douglas Gladue, a senior scientist at the USDA’s Plum Island Animal Disease Center.The US has a silent pig pandemic on its doorstep once againRead more

“The vaccine was used off-label and on farms where the pigs were not healthy,” Gladue says. “The other 17 provinces that are giving the vaccine under supervision don’t have any problems. Vaccination is continuing in those provinces.”

News of the Vietnam trials rippled across the global community of scientists tackling ASF, reinforcing the immensity of the challenge that lay ahead. “It was a cold shower,” says Sánchez-Vizcaíno in Madrid. “Nobody was expecting that.”

Researchers have received a sharp reminder of the potent virus they are facing off against in this pandemic: more resilient, more complex and less understood than the coronavirus, he adds. “Covid is a really simple virus. Not like ASF.”

Who will Liz Truss as PM? Sunak, Mordaunt or Johnson? 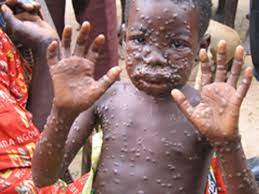