KKD: Akufo-Addo is in office but not in power 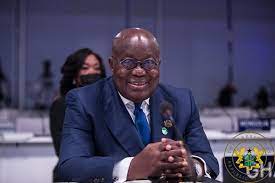 According to the ace broadcaster, the President has lost his grip on the state of affairs.

Speaking on JoyNews’ AM show on Monday, October 31, KKD told host Benjamin Akakpo that the President’s address to the nation on the economy on Sunday was empty.

He insisted that President Akufo-Addo was a total failure and he fell short of rallying the nation together in hard times.

“Yesterday I listened to our president for about half an hour and I realised he is in office but not in power,” he said.

According to him, the statement was insipid which does not inspire confidence in good times to come.

Mr KKD added the President has surrounded himself with people who cannot offer him any sound advice.

“You knowing that we don’t have the horses if we create the generals have made 16 regions when we need only six based on the ethics groups we have in Ghana cannot even think of having hospitals so people do not die needlessly but are thinking of a cathedral without knowing that the church is in your heart not in buildings and that buildings maybe built with monies from corruption but hearts that are selfless and kindness will not be corrupted, how are you in power?” he queried.

President Akufo-Addo addressed the nation on Sunday, October 30, on measures his government is taking to ameliorate the current economic crisis facing the country.

In his address, the President hinted at possibly securing a deal with the International Monetary Fund (IMF) by the end of the year.

According to him, the country is likely to arrive at an agreement by December to get the crucial bailout it seeks.

He believes this will help “repair the short term of public finances and restore our balance of payment while we continue to work on the medium to long term structural changes that are at the heart of our goal of constructing a resilient robust Ghanaian economy and building a Ghana Beyond Aid.”

Amidst the general economic difficulties facing Ghanaians, the President in an address to the nation on Sunday insisted that the government is committed to ensuring that the economy is back on track.

“We are working towards securing a deal with the IMF by the end of the year,” he said on Sunday.

“This will give further credence to the measures government is taking to stabilize and grow the economy, as well as shore up our currency.”